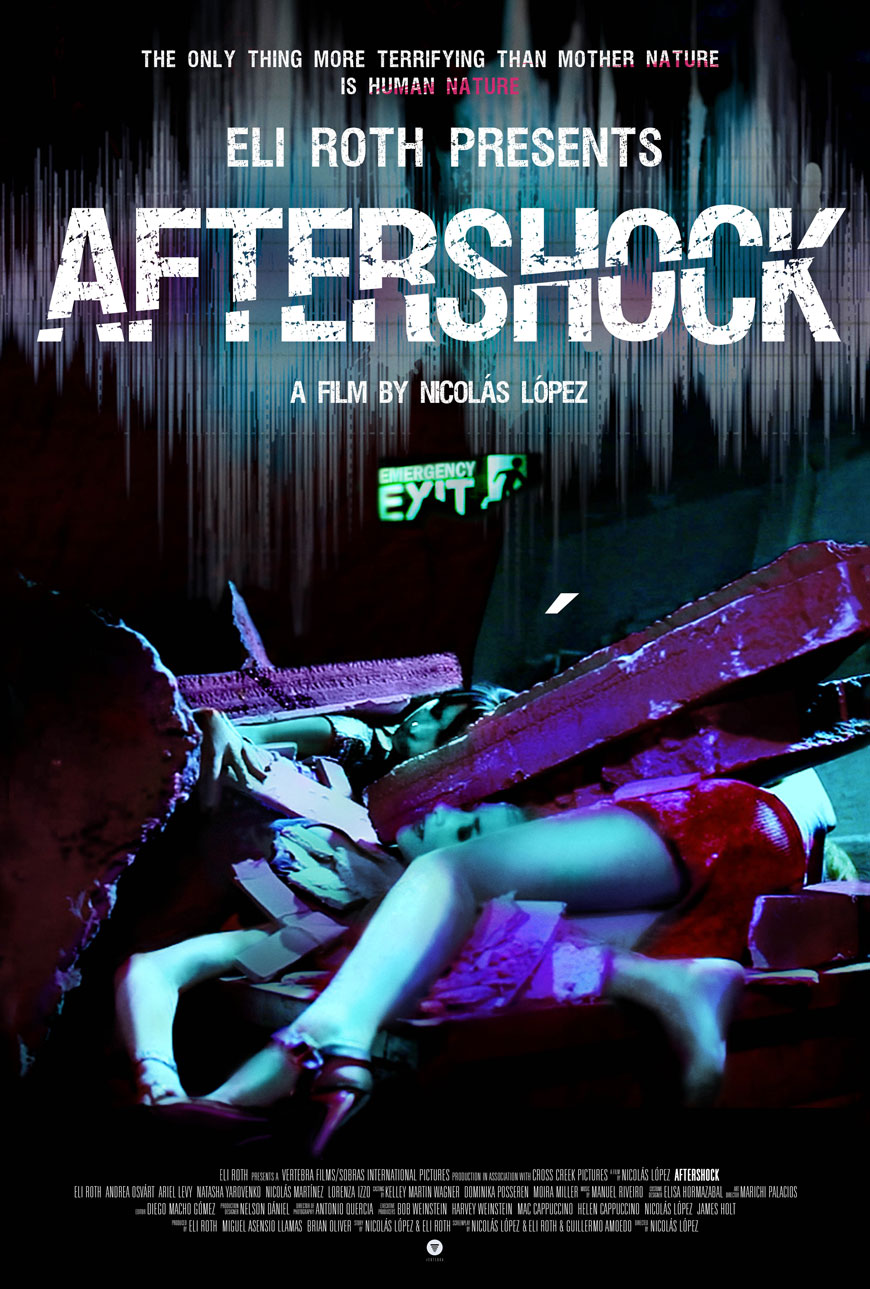 Eli Roth teamed up with Nicolás López and Guillermo Amoedo to make a disaster movie and cast himself as one of the main roles, and it becomes clear from the get go that he reinvented neither himself, nor the wheel with that one. The first half of Aftershock centers around three friends’ debaucherous adventures (or their attempts thereof) in Chile. It relies on the “trio of travelling bros looking to get laid in a gorgeous country with prosperous nightlife” kind of humour, which is hardly revolutionary, but it was interesting to see that popular Internet culture references are making their way into film: the word “hipster” is dropped in a mocking way, the Barney Stinson “true story” meme is imitated and a troll face T-shirt is worn by a dead ringer for Zach Galifianakis. Maybe I’m just late to the party, I’m not too up to date on bro-cinema these days.

After the novelty of random meme-dropping in film wore off for me, though, I got a distinct sense of déjà vu that endured until the end of the flick. I honestly feel like I’ve seen this exact movie at least 10 times in my life. The three guys hit it off with three women and they party more or less successfully until about 35 minutes into the movie — then, a monumental earthquake spoils the fun. The transition from light-hearted comedy to full-blown “man vs. nature” gorefest is abrupt, but natural disasters don’t exactly care for smooth, gradual transitions, so I’m not going to lob that criticism at Mr. Roth. But especially once the action starts, his influence is obvious, and the movie becomes painfully predictable. The man notoriously has a penchant for pretty sick and gratuitous gore, and he does not disappoint those who like his work for it here. 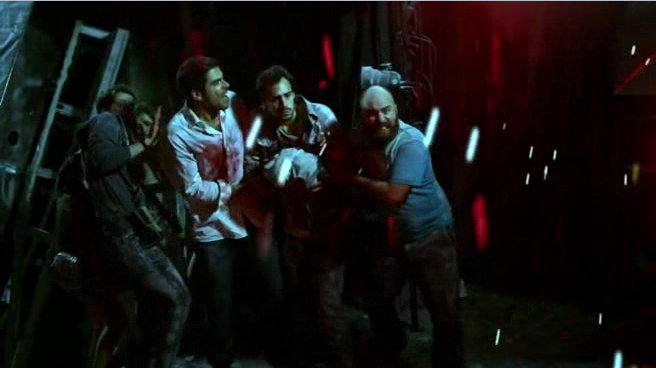 Of course, nature is not the only thing man has to fear in the face of chaos and destruction; the second biggest threat will always be himself. And so a bunch of escaped convicts are unleashed to demonstrate this by hunting and torturing the heroes and heroines Roth-style.

The premise has potential, but unfortunately, there is not an ounce of originality in the execution. I did not warm up to the characters and their relationships with each other due to the uninspired acting and consequently could not care less which atrocities might happen to them, so it felt more like Hostel-type torture porn rather than a movie with a bigger message. There’s the overused cliché of the female moral center of the story, the girl with the short hair and conservative clothing, who ends up being the last one standing while the two frivolous, short-dress-wearing ones fall behind. The villains are all one-dimensional, sadistic lunatics, mere robotic devices to further the plot. It’s all been done before, and better.

If you want to watch a decent disaster movie, I suggest you get your hands on Cloverfield, for example, but stay away from this half-assed attempt. Aftershock is a mediocre film if I’ve ever seen one. It’s not bad enough to deserve the label of “trash”, it’s not entertaining enough to be a guilty pleasure — it did absolutely nothing for me, just like it did nothing for Eli Roth’s reputation as a writer-actor.