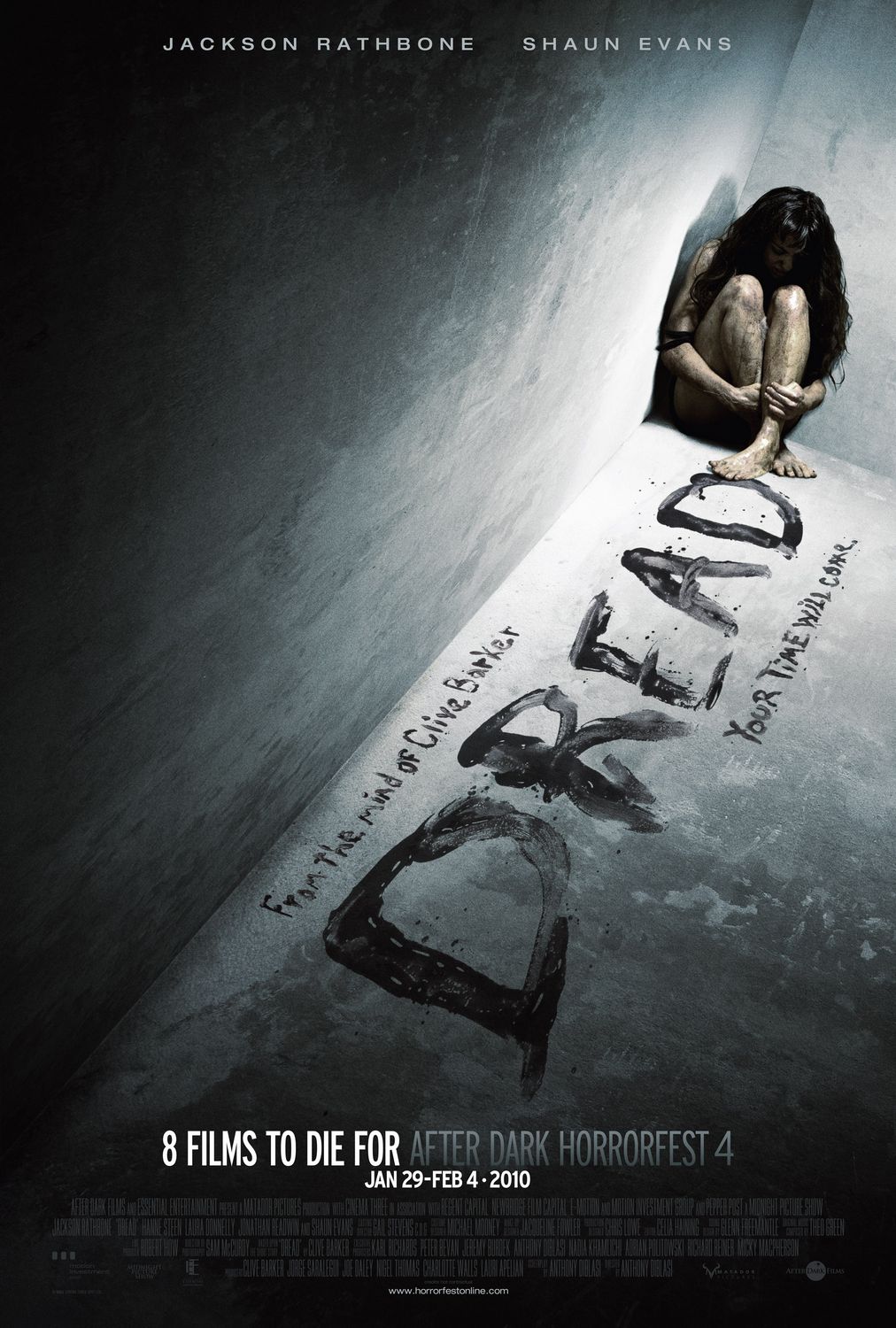 We all know what it’s like to see a great story ruined on film. We’ve all experienced how much it hurts. After the first fifteen minutes of The Great Gatsby, I felt like drowning myself in a bathtub or eviscerating myself with a kitchen knife or drinking acid or anything fatal enough to put me out of the supreme misery that was wasting time on this offensively misguided interpretation of a classic novel that I’m not even a huge fan of. For this reason, I feel deeply for the people who loved Clive Barker’s short story from the second volume of his Books of Blood collections and went into this dreadful (no, not a compliment in the context of the movie) experience expecting a worthy adaptation.

Dread is without a doubt the most boring piece of cinema I have ever had the misfortune to watch. It was a pain, and I haven’t even read the short story it is based on (though I do want to check it out because the premise is definitely promising — if only the execution were better.) You see, despite claiming otherwise when I review them, I like exceedingly bad horror movies. They are fun. I like watching them with my friends over pizza and laughing at the particularly terrible special effects or absurd scenes of gore in between conversations. This one, though, isn’t even suited as background entertainment. It’s infuriating in its complete and utter mediocrity.

It’s trying too hard, first and foremost. And it makes sense — the subject matter requires a certain amount of “trying.” It’s about people’s innermost fears and hang-ups, complex psychological territory that is as interesting to explore as it is difficult to cram in compact pieces into a plot and translate gracefully to the screen. From what I’ve read, Barker nailed it in his short story, but it does not work here despite its definite potential, so I feel that I can confidently blame director Anthony DiBlasi for fucking up. The film starts out incredibly slow in an attempt to build tension and shed light on who the characters are, except instead of succeeding in doing so, it works as a soporific, so it takes a lot of strength and willpower to even make it to what I suppose could be described as a semblance of action. And when it hits, it seems out of place because of the slow pace which had marked the film up until that point (and still does besides the short bursts of actual events.)

So not only does it not fulfill its intended purpose, as mentioned before, it is also unbelievably boring. And I think that effect is magnified because it fails at being deep and interesting despite trying so hard. The film is dunked in dark lighting which is probably supposed to help build the sombre atmosphere, when in fact, it does nothing but irritate your eyes. The actors are strategically mumbly and angsty but end up appearing so completely uninspired, there is no point at which you can muster a bare minimum of fucks to give about their inner lives. You don’t care to find out what their weird phobias are or where they’re coming from. You don’t care about their relationships with each other. And that is the downfall of a story which relies so heavily on build-up and toned-down analysis of the human mind.

My suggestion: rather than renting and watching this movie, you can try stabbing yourself in the eye for 108 minutes. When you’re done, you will have sustained the same trauma while doing something more productive with your time.

One reply on “Dread”