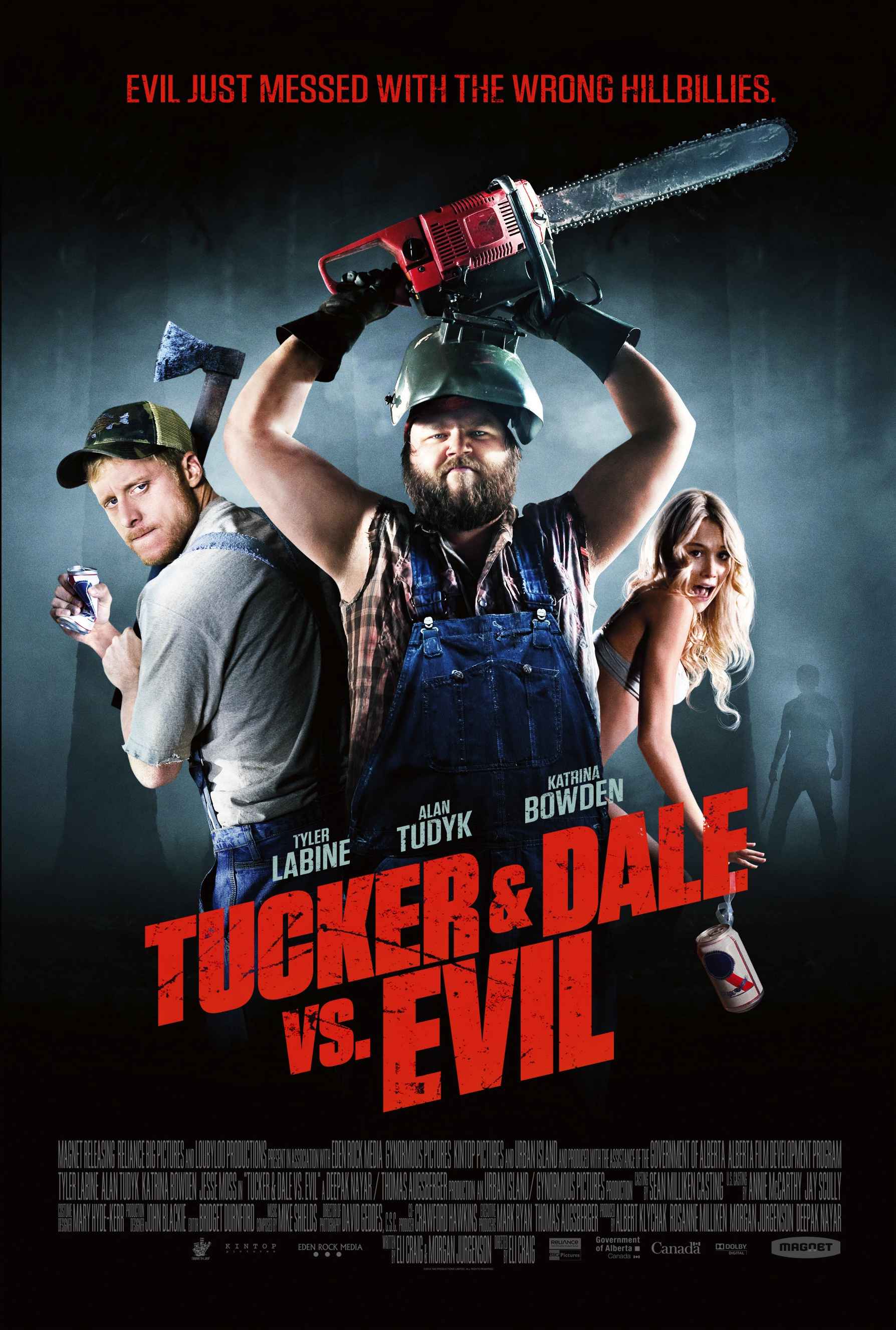 Tucker and Dale, two simple-minded but sweet textbook hillbillies from West Virginia, are headed to their vacation cabin in the woods. On the way there they meet a bunch of snooty college kids who suspect them to be murderers because of their lumberjack physique, and what was supposed to be a peaceful trip involving some good ol’ beer drinkin’ and fishin’ turns into a series of misunderstood situations with side-(and skull)-splitting consequences.

With a premise like this, what can really go wrong? After my standard initial doubts had worn off, which didn’t take longer than about 3 minutes, it became clear that my answer would be a resonating “nothing.” Tucker and Dale vs Evil takes the awesome cake in every aspect. It intelligently pokes fun at the backwoods horror trope and subverts all the stereotypes associated with it, the acting, with Alan Tudyk and Tyler Labine in the lead roles, is excellent, the writing is extraordinary, and it includes funny references and homages to, among others, the “groovy” scene from Sam Raimi’s Army of Darkness.

Comparisons are inevitable here, so we’ll get the most prevalent one out of the way right now: this picture makes Shaun of the Dead look mediocre at best, and I love the latter as much as the next person. But I don’t like measuring two great cinematic works against each other, so I’ll just say that you can think of Tucker and Dale vs Evil as the Canadian pendant to Shaun of the Dead, which, in my opinion, is a near perfect parody of the zombie genre, whereas I can’t imagine a more spot-on parodic dissection of the American horror/slasher genre than Tucker and Dale.

What I adore most about this film is the love and passion that so clearly went into making it. Director and co-writer Eli Craig had been trying to get it made for a couple of years before he succeeded, and accordingly, the final product glows from within in a way that you just can’t fake. It’s witty, it’s fun, it’s tirelessly entertaining, and to top it all off, it actually has one or two things of substance to say about hackneyed stereotypes. It’s a full-scale victory, and it deserves much more recognition than it got.

Do not watch the trailer before picking up the movie, though, as it takes the punch out of too many surprises. Just trust me, a voice on the Internet, and buy it. If it doesn’t elicit at least one wholehearted, from-the-stomach laugh out of you, you’re free to ask me for a refund and send me hate emails for the rest of my life.