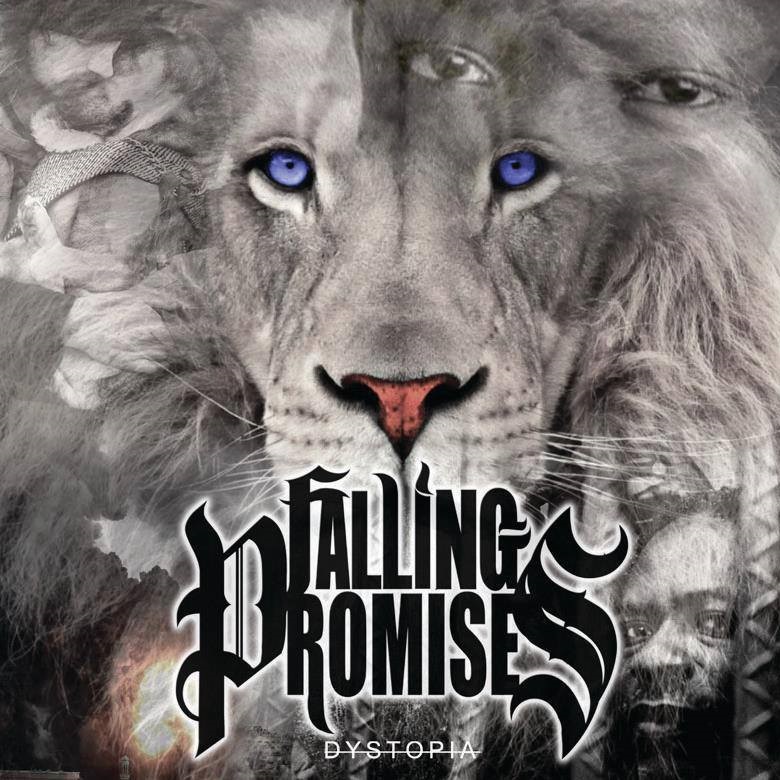 The long-awaited debut full-length of the Luxembourgish hardcore ensemble Falling Promises is about to be released and I’ve had the chance to listen to it before it comes out…so here are my thoughts on Dystopia!

After an intro featuring Charlie Chaplin’s world-famous speech from The Great Dictator, you are immediately hit in the face with crushing riffs and beats, before the first breakdown of these thirty-nine minutes sets in…and many will follow. While the over-use of breakdowns is often despised, I personally don’t mind it in this case because the songs were clearly written with a live setting in mind and therefor the (violent) danceability on here is extremely high.

This fact also entails a lot of chugging on both the guitars and drums, but I can assure you that there is enough melodic variation in between these parts. Especially the string department has some really cool surprises in tow, namely on the song Surface, which has this really nice djent vibe to it with its almost entrancing melody. Definitely my favorite among these ten tracks.

The vocals range from bone-shattering screams to extremely deep growls, which can rival the bass guitar…well almost. Performance-wise there is absolutely nothing to criticize and the guest apperance by Jesse Barnett of Stick To Your Guns is a nice little bonus. I should also mention that the production value of the album is as tight as can be, making the listening even more enjoyable, since it fits the genre perfectly.

As a closing statement, I would like to say that Dystopia is a beautiful monument for the band’s fallen brother…and that I wish them all the best in their future endeavors. I, for one, will follow their road from here on out, and you can do so too by checking their Facebook page. Listen to the song below and if you like what you hear, head on over to the Why Not pub in Dudelange this Friday for the release listening party of the album.