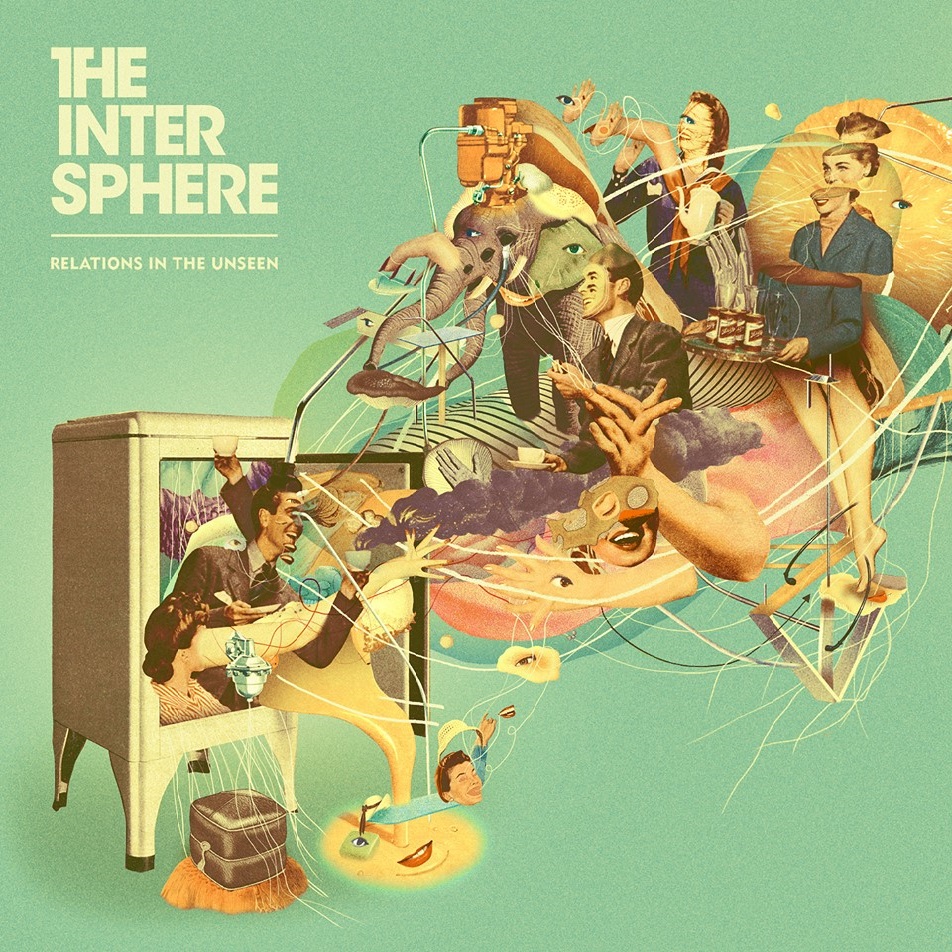 Barely two years after their last album, The Intersphere is releasing a new one: Relations In The Unseen. One might think that such a short period of time might not be enough to evolve musically, but one couldn’t be more wrong! But let me elaborate that in the next few paragraphs.

While the German quartet sticks to their traditional sound, which is an interesting mix of alternative rock with some progressive elements, they have added some more facets to it thus resulting in a compelling experience. The majority of the twelve songs starts off with a predominantly dreamy atmosphere, progressing into a slightly more upbeat pattern and at some point, usually unexpectedly, exploding into a heavily groovy part. This formula is not always executed quite in the same order, but it’s definitely a recurring theme.

The aforementioned new pieces in the mix, are various exotic electronic instruments such as various moogs and an omnichord; please don’t feel bad if you need to look that up. They provide some of the songs with a previously unknown depth and variation, which is exactly what was one of the weaker points on the predecessor. The other instruments have also received a little overhaul and sound fresher than ever, and pretty much every musician has his own time to shine at one point or another. My personal highlight being the bass-work on the song Joker, which has this really driving riff that I just can’t playing on repeat.

The vocals have not changed much, but that is good…since they were already extremely strong in the past. However, the singer tried and succeeded in adding screams to his repertoire on the song The Ghost Of A Chance, which features the hands-down heaviest instrumental part on the entire album. One interesting factoid: the album clocks in at forty-six minutes…the same as the previous endeavor.

All in all, The Intersphere have succeeded in improving their music without losing their known and appreciated style, which I’m truly glad about. The album will be out this Friday, March 7th, so be sure to check it out if you like what you can hear below and also head to the band’s Facebook page for additional information. Last but not least, if you get a chance to catch the four guys play live…do so, since they are very energetic performers!