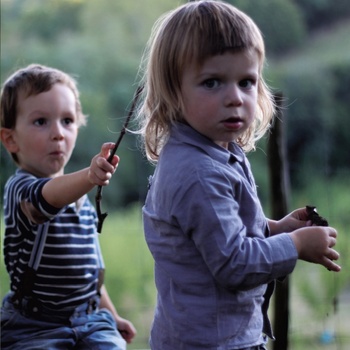 Not Scientists is one of those bands that confirms my belief of going to smaller shows, even if you don’t know all, or even any at all, of the bands that are playing that night. I got the chance to see them perform a little intimate gig here in Luxembourg and I was so impressed that I just had to chat up their singer after the show and ask whether they had any material to review. Turns out they do and that’s why I give you: Leave Stickers On Our Graves!

But first, a quick history lesson about the quartet: it features members of Uncommonmenfrommars as well as No Guts No Glory and, if you know those two bands, it won’t be hard to guess that they play punk rock. But it isn’t exactly a copy-paste of those afore-mentioned bands, but rather a more pop punk orientated sound, while still maintaining the punk rock attitude.

The six tracks are generally speaking composed of straight-forward power chords and basic drum patterns, nothing to write home about but enough to bring and keep the mood up. However, there are quite a few intricate drum fills as well as whole parts of songs that just wander into a mix of indie and almost post-rock-like tunes. It adds so much depth to the songs that it’s super easy to listen to this EP on repeat without really getting fed up.

The vocals range from cleans to half-screams and are all in all quite well performed, especially the back up vocals, which are mostly screamed, provide a really nice contrast. The only nitpick here is that I wouldn’t have minded for them to be more prominent during these eighteen minutes…but that’s probably just a personal preference. I must also say that the vocals in general were by far more energetic when they performed live, so I strongly urge you to check the guys out if they ever come near you!

To sum things up, Not Scientists are a really cool (side)project that managed to record a fun little EP that is perfect to put on a, short, road trip and I’m definitely looking forward to a full length! For more information, be sure to check out the band’s Facebook page and give the whole EP a listen below or download it for free!