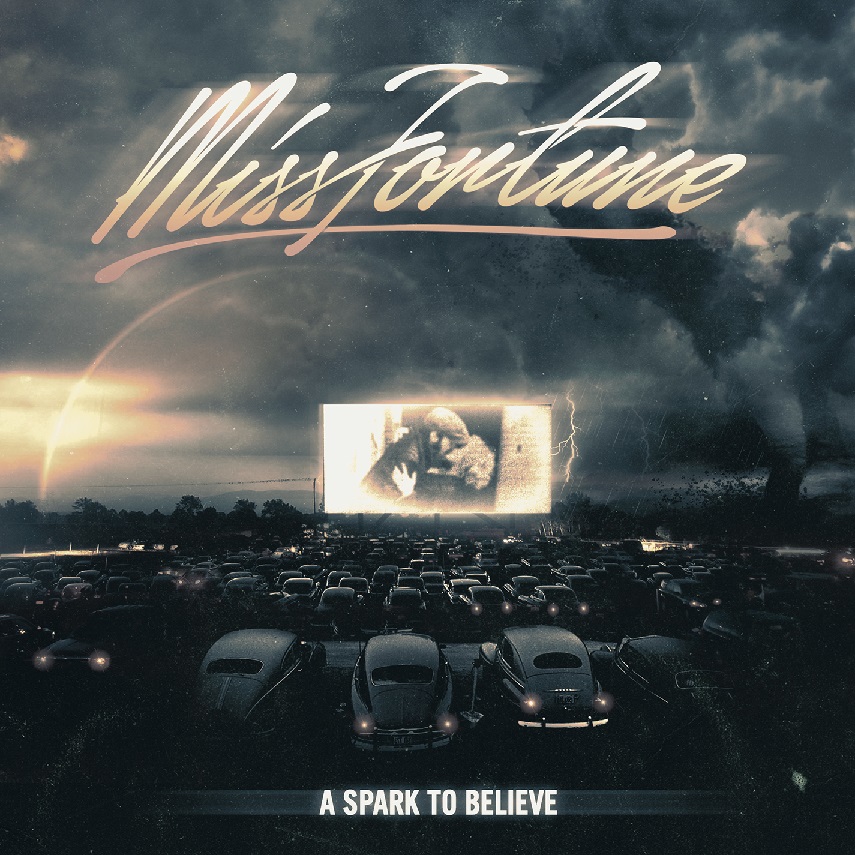 Let’s face it: post-hardcore is one of the most over-saturated genres out there and there is no end in sight. Each year sees new bands pop up which are quite literally a copy-paste of what was cool a year prior. While I’m all for people trying, to me, as a listener and reviewer, it is difficult to be impressed by most of those bands. However, some artists manage to stand out from the flock and, in my opinion, Miss Fortune is definitely one of them! Their debut album A Spark To Believe was just released last week and it’s a very promising start!

Musically, the quintet, which originates from all over the United States and could be considered a casting band, reminds me a bit of Emarosa but with a rockier vibe to their sound. Melody is by far the most important factor in their sound, and the way the songs are arranged is just beautiful to listen to, resulting in an enormously high replay value of the ten songs.

Instrumentally it’s quite fast-paced during the thirty-four minutes, safe for an acoustic song as the closer, and quite diversified in terms of guitar work. The drums have some nice and fitting beats with tons of interesting fills and all in all do a perfect job in supporting the string department. And on top of that, you can even hear the bass…making it an overall highly satisfying production!

I literally can’t count the amount of times I’ve said this in the past…but it applies in this case as well: the vocals are the major selling point for me. The singer has this incredibly soulful timbre in his voice, without it sounding cheesy at all, and just manages to convey the weight of every single line he sings. Lyrically, it is mostly based on the familiar topics but there are some passages that have enormously high quotability and which get stuck in your head quite fast. While it is mostly clean vocals all throughout, there are two of the last songs where the singer screams and in a way I regret that he doesn’t do it more often, but on the other hand it makes it that much better, since it comes as a surprise…that I’ve just now ruined for you, sorry about that.

To sum things up, I’m going to go ahead and say that Miss Fortune are by far the newcomer of the year so far, and I’m quite confident in saying that it will remain that way until the end of 2014. I can strongly recommend giving their debut record a listen and following their evolution, for example via their Facebook page. Be sure to check the out their brilliant music video below which is a homage to some weird nineties band…Wink. Wink.