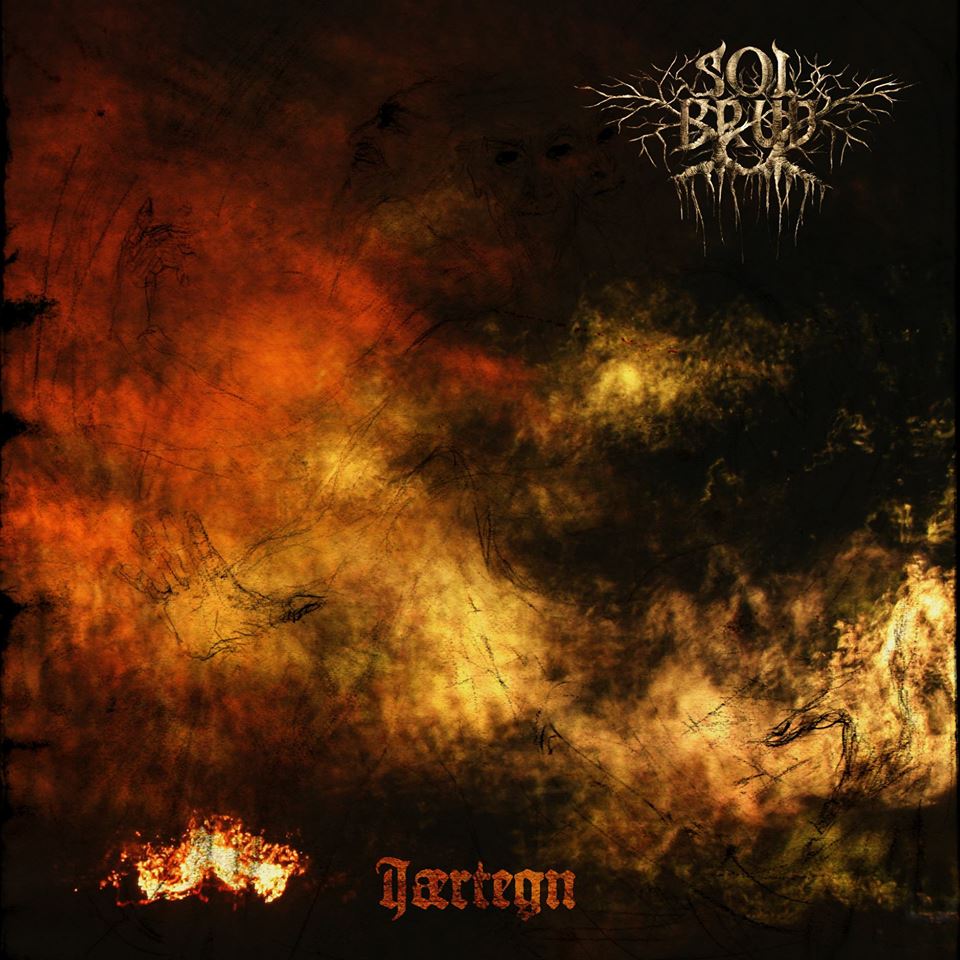 I’ve recently had another one of those instances where I got an album of a band that comes from a country that I do not associate with the direction they play at all…and yet they’ve managed to convince me that genres are not necessarily tied to a certain place. The Danish black metal band Solbrud plays their music exactly how I like it, but more about that a bit later, and their second full-lenght Jærtegn is a really solid piece of art.

Funny thing is that I received the album in late July, when it was above thirty degrees Celsius, and I had a hard time getting into it because my mood influences the things I listen to a lot. “Luckily” however, the weather decided to be bad for about two weeks straight and the foundation for an ideal black metal listening session was laid. But enough weather forecast and rambling, let’s dive in!

When I mentioned earlier that the quartet plays a style of black metal that I love, I meant that the music is very monotonous, in a good way, and manages to build such a tight atmosphere that it’s so easy to get lost in the music. Each of the four songs is above ten minutes long, or just under, and the different riffs often repeat themselves for about a quarter of the song, with tiny variations, but somehow it never gets boring at all.

The majority of the forty-seven minutes is a non-stop assault of blast beats, double bass fire and fast-paced riffs, but every now and then the band switches to mid-tempo and that’s where shit gets real…goosebumps-inducing moments guaranteed. The best display of that is definitely the longest song, Klippemennesket, which builds up tension with a very simple progression of clean guitar notes before exploding into full pure goodness…only to return to the intro mid-song and then switch into the next power-laden part. Hands down my favorite on the album.

The vocals really remind me of Immortal‘s Abbath, but then again I must admit that I don’t know all that many BM bands…either way, the performance blends in perfectly with the instrumental background and completes the atmospheric ensemble in every desirable way. Lyrically, I have no precise idea what it’s about, because sadly my Danish is limited, but what I gathered from reading through the lyrics real quick is that it’s nature-based and about darkness…but please do take that with a big grain of salt.

All in all, Solbrud have recorded an album that has pushed just the right buttons for me and, for me personally, this is probably the black metal release of the year. While there might be connoisseurs screaming up right now mentioning dozens of other records, let me just say: listen to Jærtegn on September 15th when it’s released, it’s well worth your while. For more information, head over to the band’s Facebook page and be sure to listen to the live performance of the opening track of the record!