First of all, post-hardcore-trendsetters At The Drive-In announced their reunion via Twitter yesterday. They will also be playing at this year’s Coachella festival in April!

The same applies for hardcore and post-core legends from The Refused, who also announced a reformation for Coachella. For both bands it is not clear yet if this only affects live performances or also new albums. 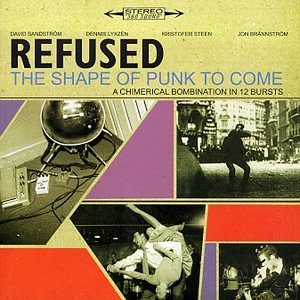 Shame on you if you haven’t heard of those bands! Relationship of Command and The Shape of Punk to Come are two legendary albums that shouldn’t be absent in your (post-)hardcore collection. Looking forward for European dates!

Not so good news reached us from Black Sabbath‘s Tony Iommi. He’s been diagnosed with the early stages of lymphoma. The band announced that the producion of their reunion-album will continue in the UK. If all this will affect the planned world tour is not known, but that of course is secondary for the moment. All the best to you from El Gore, Tony!