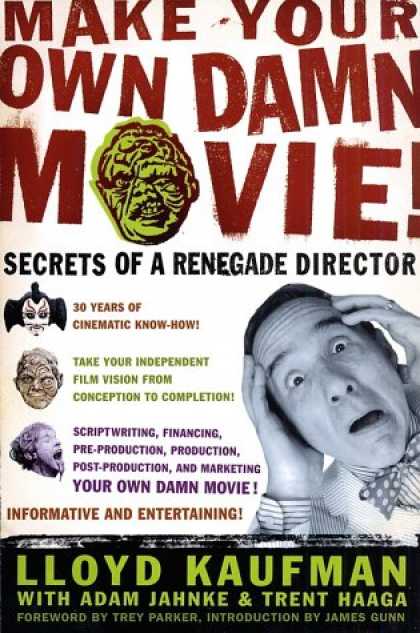 I am going to start this book review with a quote I read on Amazon.com. Boaz wrote: “You don’t have to be prude to be fully offended by this piece of trash! The author apparently does not pocess enough English language prowess to write any one paragraph without lacing it with EXTREMELY rank, foul an profane language.”

It probably was Boaz’s first time he ever got in touch with Uncle Lloydie and Troma Entertainment, a so-called independent film production and distribution company, cause he has no clue what Lloyd is talking about. Make Your Own Damn Movie!: Secrets of a Renegade Director is an incredibly humorous and inspiring book of personal real-life experiences, innovative ideas, autodidactic theories and subjective views.

The book is written by Kaufman himself with Adam Jahnke and Trent Haaga (ohh, I just read that he wrote Deadgirl. Damn that movie sucked, sry dude!) trying to help the old man arranging his weird thoughts. This often works out quite well but from time to time they also disagree on each others opinions. Check out the hilarious kindergarten battle between celluLloyd and “DV” Haaga from page 225-231. 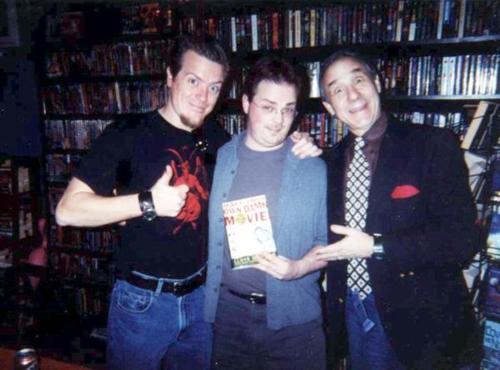 Furthermore it was Trey Parker (yup kiddies, the South Park dude) who wrote the foreword and James Gunn (screenplay writer for the actual quite amazing Dawn Of The dead “remake”) who did the introduction and other “klugscheisser” stuff. But wait…James, what the fuck were you thinking about helping to ruin one of my favorite childhood cartoons. TWICE!

Well back to topic. I have to admit that I have never read All I Need To Know About Filmmaking I Learned From The Toxic Avenger, and that’s why I can’t write about this book being a good follow-up or not. Lloyd if you read this review, send me a copy!

One thing is clear, Kaufman doesn’t care about pseudo arty farty descriptions of overrated film techniques and swanking about how much money he makes by doing the 1000th shitty remake of The Ring. Always being authentic, Lloyd created some kind of an comical crash course in which he covers every single aspect of film-making. With his great talent as a story-teller and necessary honesty Kaufman goes from the initial idea of making a movie to the important money raising aspect. From hiring the slaves and hookers….ehrm the crew members to the pre-production. From the underrated location scouting to the production itself. In the last chapters he concentrates on special effects, the importance of post-production, just as the marketing, publicity and the distribution aspect. 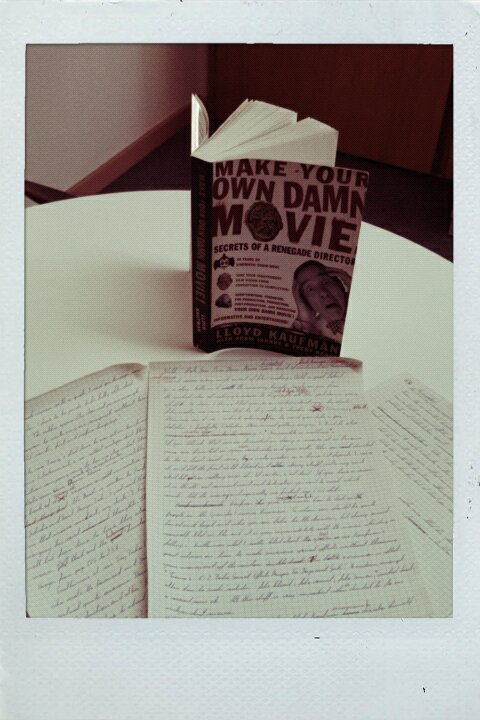 Lloydie doesn’t deny that as an independent no-budget filmmaker you are surrounded by big white sharks like Disney, Mirmax and co. who always try to rend you like a gay dolphin (hopefully Dolphin Man is not getting angry at me). But he also makes clear that “Impossible is Nothing”.

If you think that you are limited in doing a movie it is because you seem to be limited in your own creativity and your will. When you decide to do a head-crush scene, buy a watermelon or a kiwi (it depends!), cave it and fill the fruit with blood and some slimy stuff. Put a wig on it and let your car roll over it. Et voilà c’est tout. If you have a vision, it’s the all-out commitment and dedication you want to invest, and that’s what counts, not the money and especially no fucked-up CGI, 3D, whatever bullshit (Robert Rodriguez managed to make the cult flick El Mariachi with only a few thousand dollars).

Kaufman also gives useful advices on how to deal with pseudo actors in the movie business; to whom you should be quite honest and loyal and who you can take to the cleaners. But always remember that in the end it is your responsibility with the movie standing or falling. What I really liked about the book are Kaufman’s great advices on how to make awesome special effects without throwing your money out the window. This little excursion is called Troma’s E-Z Bake Special Effects Recipes For Boys And Girls. He explains amongst others how to make “realistic” fake blood, fake vomit, fake semen, a crushed head and most important a severed penis and how to put a chicken in the ass. All this stuff is very important when you decided to do an independent flick. 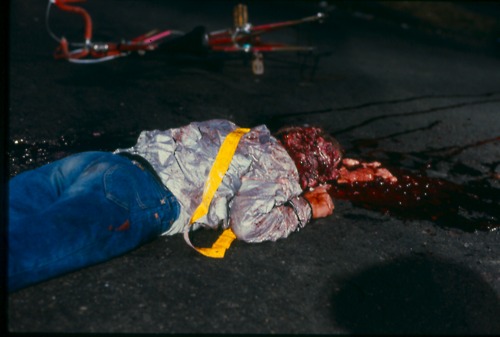 While reading the book you sooner or later realize that Lloyd (unconsciously?) describes himself as(s) a sadistic slave-driver but a visionary and respecting one, which is probably the one and only answer on how this sick bastard and his whorehouse Troma could survive for nearly 4 decades in this perverse business.

P.s. whose fucker’s idea was it to put these white on black (!!!) pages into the book? I nearly got eye-cancer from reading this stuff.