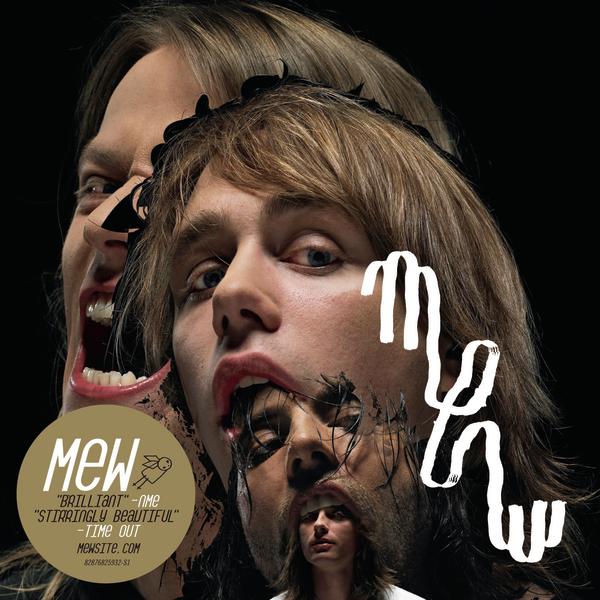 Have you ever listened to an album that was just too much for your musical horizon? And have you ever tried to listen to it again, a few years later; just to figure out that the album is genius and awesomeness in one?

The first time I listened to Mew’s “And The Glass Handed Kite” my initial reaction was: “What the fuck is this? Transsexual art rock?”. Please bear in mind that I’m no sexual offender; but when I first heard the album back in 2005, the music I mainly listened to was music in the likes of Icelandic post rockers Sigur Rós or songwriter-folk music such as Nick Drake, Vashti Bunyan or Elliott Smith. This album was just too much for me. I was not ready for it.

But praise Allah I’ve got a good memory and I gave the LP a new chance in 2012. And guess what? I’m totally addicted to this album.

The opener “Circuitry Of The Wolf” sounds like prog rock, you expect something like Rush, just to get a knock on the forehead with “Chinaberry Tree”, a dreamy shoegaze pop track that works perfectly with Jonas Bjerre’s high pitched voice. Yes, this is cotton candy dude. But you cannot eat steak all the time, your body craves sweets from time to time. This is the candy shop!

“Why are you looking grave” wakes you up from your sugar-induced slumber with it’s uptempo rhythm and genius melodies. Pop music should most definitely sound like this. Never have I been challenged with such a diversity in songwriting (except when I first listened to The Mars Volta).

And these danish virtuosos are not done yet. This “dreamy-indie-progressive-psychedelic-shoegaze-art-rock” bastard hasn’t unfolded it’s strength yet, just wait for it and expect the unexpected.

“Fox Club” is the exact interlude for the upcoming storm. A minimalistic composition with a gentle synth completing the wall of sound in combination with the reserved vocals. The drums begin. Slow, discrete, fast; FASTER! Are you ready for the best part of the album?

“Apocalypso”‘s alarming guitars remind you of J.R. Ewing but Mew are no band willing to fullfill any emo cliches! Space rock meeting progressive pop it is. The thumping bass and drums in the refrain are only beaten by Bjerre’s vocal genius; most definitely the highlight of the album. This precise refrain makes this band unique, these seconds underline the high quality of Mew’s songwriting.

In “Special” you’ll once more notice the broad sound spectrum of the album. The drums and bass have this slight disco touch and you can’t stop nodding your head and shaking your hips. What is this? Moroder-Disco? Ethereal dance rock? I don’t care; I just can’t get enough of it.

I hope I could give you an insight into this album as I’m not willing to describe any further tracks. You have to listen to it to experience it!

As you might have noticed, I’m completely in love with this masterwork and maybe “The Glass Handed Kites” will flash you as well. If not, perhaps in 7 years time, as it happened to me. Only time can tell.

Disclaimer: Youtube & labels decided to be a pain in the ass and disabled embedding for certain videos. Hail the free world wide web. Pansies…

You have to climb to find its head

But if there’s a glitch, you’re an ostrich

You’ve got your head in the sand”