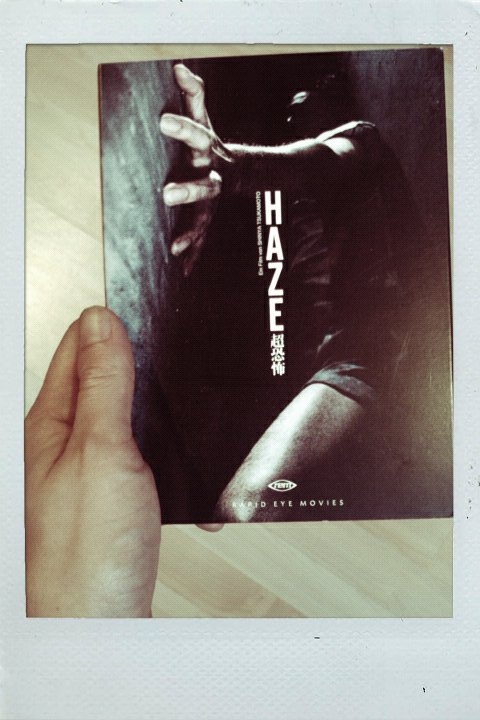 Today it is rather difficult to find a movie which scares the shit out of people and leaves them with an unease and uncomfortable feeling. Even most of my favorite modern horror flicks aren’t able to bring up these “mal à l’aise” feelings I felt so often while I was watching scary stuff as a kid. Either I’ve become completely over-saturated and desensitized to the whole genre, or movie people just don’t know how to write a good story and how to create an atmosphere anymore. When I look back a decade, there are only a handful of movies which in some way shocked or terrified me at least a bit and as I always say, I have seen a lot of weird, sick and disgusting stuff. Haze certainly is one movie that manages to do something with me.

In 2005, Tetsuo: The Iron Man director Shinya Tsukamoto was given the opportunity to do a short for the Digital Short Films by three Filmmakers project. The idea behind this project is to give 50.000 dollars to three directors in order to let them make movies by a given subject. The three shorts are then shown during the South Korean Jeonju International Film Festival. Mr. Tsukamoto came up with a 25 minute long version of Haze, which later on was extended to 49 minutes.

The story of the movie is quite “simple”:

Boring you said? No way! Personally I think there are a few reasons why Haze works so well. First of all, Tsukamoto uses a very simple but nowadays very underrated movie element: atmosphere. Especially the first half of the movie is dominated by an incredibly dark and bone crushing ambiance, which immediately captivates you. He then combines this effective and very tense device with some gory effects, primal and modern human fears such as claustrophobia, pain, death, depression and hopelessness. Using all these different elements and horror concepts for sure isn’t something new and especially its concept of isolation reminded me of The Cube, but Haze is able to maintain the level of anxiety very high nearly throughout the whole movie. 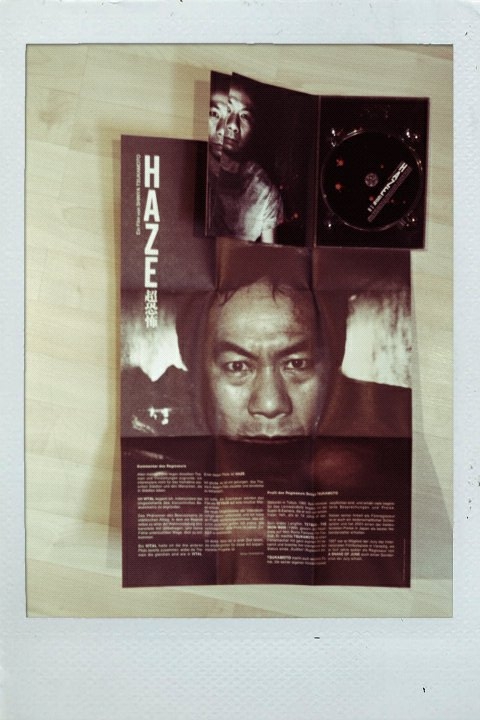 Before I watched this flick for the first time I was in no way claustrophobic and I even can’t say that I am now, but since I saw Haze, I have from time to time (although very rarely) this well-known nightmare of body restriction where I barely can move around in an isolated, tight and narrow room. I am not quite sure if it was because of that flick that my subconciousness tries to process this fear but if this is the case, I’ve got my own personal Jaws or Psycho, which would be epic.

If I have to write about negative points of the movie, I think that it loses a bit of its terrifying aspect in the second part just after the man meets the woman. I also think that it even loses more of its mystic and confusing character when the plot moves away from its metaphysical dimension by the two people leaving the maze. Nevertheless, Haze is one of my all-time favorite “what the fuck” movies and in the end it leaves tons of unsolved questions. I am not 100% sure if there are deeper, philosophical explanations and sub-plot interpretations, but I really appreciate it when a director manages to make a film where people think beyond just the images they have seen.