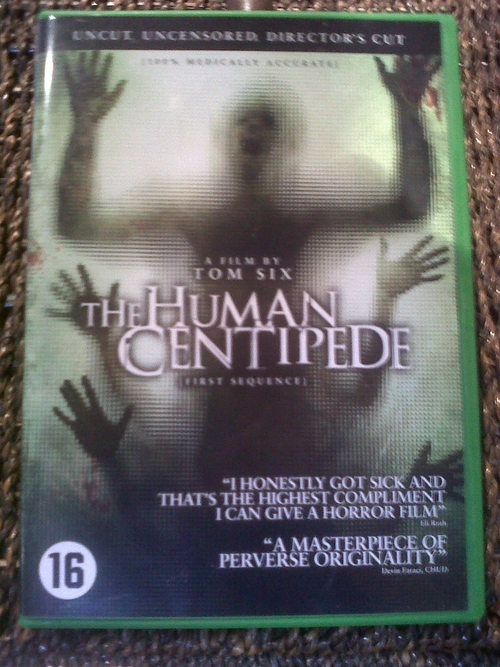 A week ago I went to the Netherlands for a few days and as always I combined this wonderful trip (thanks to Denis, Tanja, Marc and Frantz for the great time) with upgrading my DVD collection. Buying movies during my vacation has become something like a ritual and I always want to profit from the Dutch openness, progressiveness and liberalism towards uncut and hard-to-get controversial cinema. I really dig DVD shops and it is a great opportunity for me to rummage around in shelves full of crazy stuff with the security that nearly everything I find is uncensored.

Back when I first read about The Human Centipede (on Bloody Disgusting.com) until today it never really got my attention, probably because I do not like modern horror flicks but as I found it for only 10 Euros in a real nice shop, I decided to give it a try.

So what can I say? Human Centipede is a movie where nothing really happens. Director Six explained that the inspiration for the movie came from the well-known Nazi experiments during WWII and a joke he made about what to do with child molesters. Although I plead for pedophilia being a psychic medical condition and you cannot hold the people suffering from it 100% responsible for their actions (neither should you ignore basic human rights), I consider this main idea a quite interesting one with a lot of potential. Unfortunately the essential plot is already over after half of the movie. 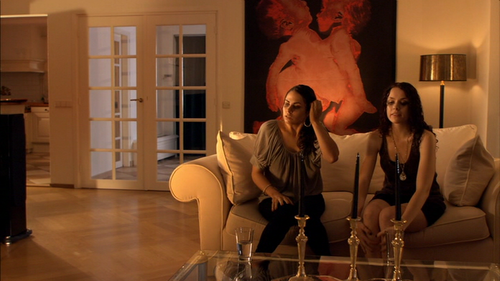 When I look back I think that the movie has exactly become the opposite of what it intended to be in the first place. Human Centipede is a lethargic cinematic adaption of a perverse but genius idea, characterized by incredibly bad actors and unintentional comedy. It is in no way shocking nor disgusting (please, just because there is a woman eating shit we still do not need a Salò comparison) but rather an anti-climatic and illogical pseudo-scandalous arthouse flick. I am really OK with psychological horror stuff without any blood and gore (in fact the original Funny Games is one of my all-time favorite movies) but come on: you still have to keep it interesting in some way.

Beside the developable story being one main negative aspect (maybe a short, 30 minutes, movie would have worked), the actors complete the weakness of the film. There are around 10 “actors” in the movie. Three of them are building the human centipede with two women having sewed their mouths to anuses. The third part of the centipede is a Japanese tourist who is screaming all the time in his mother-tongue, that’s all for the acting over here. 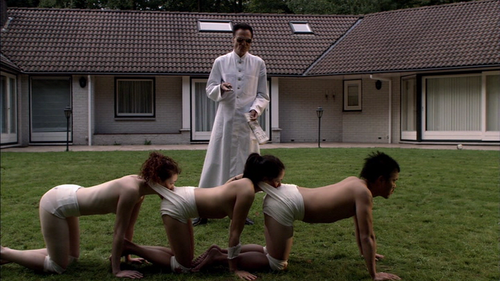 Most people agree on Laser doing a fantastic job playing a well-known, retired surgeon who seems a bit out of his mind. I have to disagree on this point, the Dr. Heiter character is a completely over-stylized, unintentional comical mad scientist version of Dr. Joseph Mengele and Dr. Herbert West, a complete no-go, an incredible farce. The other 6 actors are not even worth mentioning.

This movie simply doesn’t work on so many levels and the worst is that, without expecting anything from the beginning on, I am even a bit disappointed. The Human Centipede (First Sequence) sucks asses (got it?).