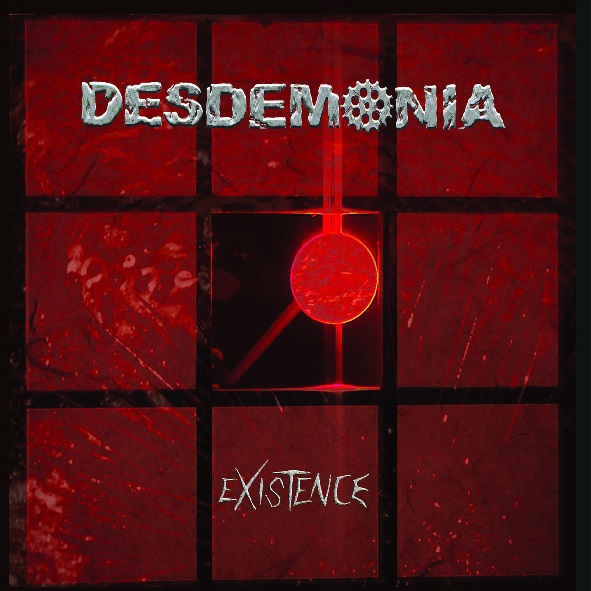 There is one Luxembourgish band that probably everyone from the metal scene of the country has heard about and has most likely also seen live at some point. I’m of course talking about the death metal legends Desdemonia. This quartet has probably been the pioneer of heavy music in our little country and has celebrated its fifteen year anniversary at the beginning of 2012. In late 2010 the band released their long-awaited album Existence which stays true to their in-your-face sound.

The first song starts off with a rather melodic part which quickly turns into a neck-breaking riff fest coupled with the ever-so powerful vocals and annihilating drums. And let me tell you right off the bat: this is something that will be the case for the remainder of this forty-eight minute record. But let’s go a bit further into detail, shall we?

The guitar parts have a real evil feel to them and, especially at a show, you just can’t resist banging your head like a madman. Yet they have melodic interludes to build up atmosphere and show that the guitarists can do more than just play simple riffs. The bass guitar is also nicely audible throughout the whole ten songs which, as you know by now, is always a plus for me. One thing that I found interesting in the guitar department is that the main riff from the first song comes back in one of the later songs in a slightly different variant.

The drums range from barrages of double bass attacks and blast beats to groovy parts where the already strained neck gets its last dose. Production wise they’re just how I like them: clean and powerful but with a nice natural sound to them.

However, the most notable thing in my opinion are the vocals: the two Dosser brothers, who also take care of bass and guitar duty, alternate between low growls and screams. It’s this little “gimmick” that simply gives this album such a nice dynamic. I’d say that the perfect song to showcase this is the second track called Overload.

In conclusion I can only strongly recommend that you give this record a chance if you are even remotely into death metal. In the worst case scenario you’ve supported a starving (wink wink) Luxembourgish act and in the ideal case scenario this record will not leave your playlist for quite some time. I, for one, was happy to re-listen to this record after almost 2 years and re-discover why I liked it so much back then.

Check out the band’s Facebook page and visit their official website if you want to buy the record. A little appetizer can be found below.