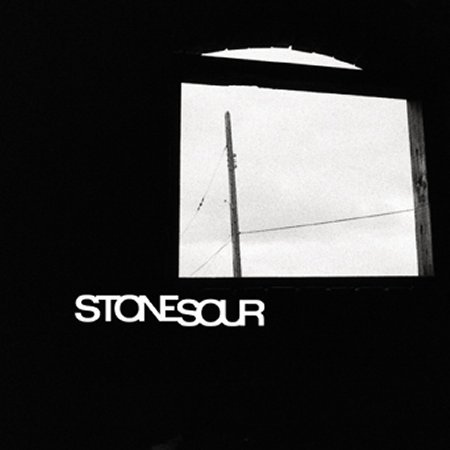 Today I’m going to review another CD that will most likely stay in my top 3 of all time forever. Ironically, it features two members from this album…ladies and gentlemen, I give you Stone Sour and their self-titled debut album.

Stone Sour have their roots in 1992, way before Slipknot, but only saw mainstream success in 2002 when they signed to Roadrunner Records. Back then they were considered a mere side-project of Slipknot singer, Corey Taylor, and Slipknot guitarist, Jim Root, but especially in recent times they have evolved into an equally respected band.

But back on topic: this album may sound like a toned down version of any given Slipknot record at first, but you’ll quickly notice that it’s a completely different approach to music. Groovier riffs, more rhythmic drumming and super catchy choruses keep coming at you non-stop.

The guitar parts are filled with little licks that are quite subtle at first but will be stuck in your eardrums after the second listening session at the latest. Even though they are vastly groovier than the usual, they remain heavy where necessary; in perfect harmony. The bass also doesn’t come too short either and delivers some really catchy lines all throughout the fifty-one minutes.

In the drum department you will be looking in vain for any blasting or any super fast double bass action. But trust me when I say that you’ll be tapping along with your fingers in no-time. Plus there are so many little nuances that even after listening to the record for years now, I still find a note or two I never noticed before.

The vocals…where do I begin? Well, to be fair, I’m a huge fan of Corey’s voice and lyrics, so I’ll try to keep as objective as possible. Nah…fuck that. To me, he delivers his best performance on this album for several reasons: first of all, this was during the down time between IOWA and Vol. 3 (by Slipknot) and his voice was the ideal mix between his early aggressiveness and his later cleanliness. Secondly, he sings his first ballad which was a big “whoa” moment at the time. On top of that it features his probably best lyrical work so far, but you should be your own judge there. I for one identify with a lot of the lines and this record has helped through some self-finding periods on many occasions.

This is definitely their strongest album for me even though the other two had a lot of highlights as well. Maybe their new release in October will change that, but to be quite frank: I doubt it since this album and I have such a long history. If you can, I strongly recommend getting the limited edition since it adds five really good songs to the already thirteen song strong work.

Check their Facebook page if you want to keep up to date and be sure to listen to the song below; even though it’s not the ballad I mentioned earlier, which is called Bother by the way, it might just give you a similar effect.