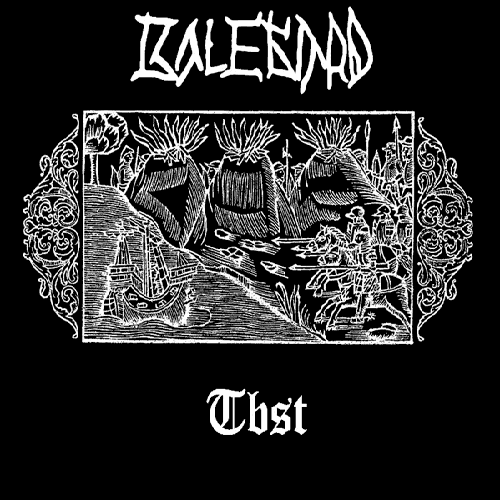 This week I’m going to review a very fresh demo by a still rather unknown band from Finland. On September 4th Balegard released their second demo called Tbst completely for free via social networks and I decided to check them out. Let me begin by giving you a general idea about the genre: it’s black metal. They themselves call it “Tavastian Black Metal”, since lyrically it deals with the history of Finland…fair enough. I should say at this point that I’m not a huge fan of overly specific names for different sub-genres, but since it has no influence on the music itself I don’t really mind. Now, let’s begin, shall we?

Since I knew about the band prior to this release, I was pleasantly surprised by the improved sound quality in comparison to their first split-demo Routakuu. Both demos are, as far as I know, entirely self-produced and self-mixed with little to no budget so it’s quite nice to see that the band has refined their skills in that department over time…something that makes this release quite enjoyable for a “clean sound” fetishist like myself.

The riffs are well-recorded and quite catchy in most parts, something that is quite important to me in black metal since usually they are repeated quite often throughout a song. In the final part of the last song, Kalmanvesi, there’s actually a pretty cool solo that you should definitely keep your ears open for.

The drums are overall well done except one minor gripe: the bass drum is almost inaudible on two out of the three songs. A fact that one can excuse since it’s a demo and probably recorded with a single mic or two at best…but it’s something I would love to see fixed on future releases. I also noticed the drum being off-rhythm in some longer passages, something I don’t mind much since the beats themselves are interesting enough for me to ignore such minor mistakes.

Last but not least, the vocal department. This duty is shared between the two guitarists; with one doing the regular screams and the other one doing the more high-pitched ones. Both variants are sung with a sense of desperation and passion, so perfectly fitting to the theme. Speaking of which: the lyrics are entirely in Finish and mainly about the life and history in Tavastia, so heads up to those that are into that part of world history.

That pretty much sums it up on my behalf. I say you should give this demo a chance if you are even vaguely into black metal or if you want to discover a new genre through a young band with quite a lot of potential…plus it’s for free. Be sure to check out Balegard‘s Facebook page where you can find a download link to their demo and more information about the band itself. Below you can find my favorite song Hardaler. Read you next time!