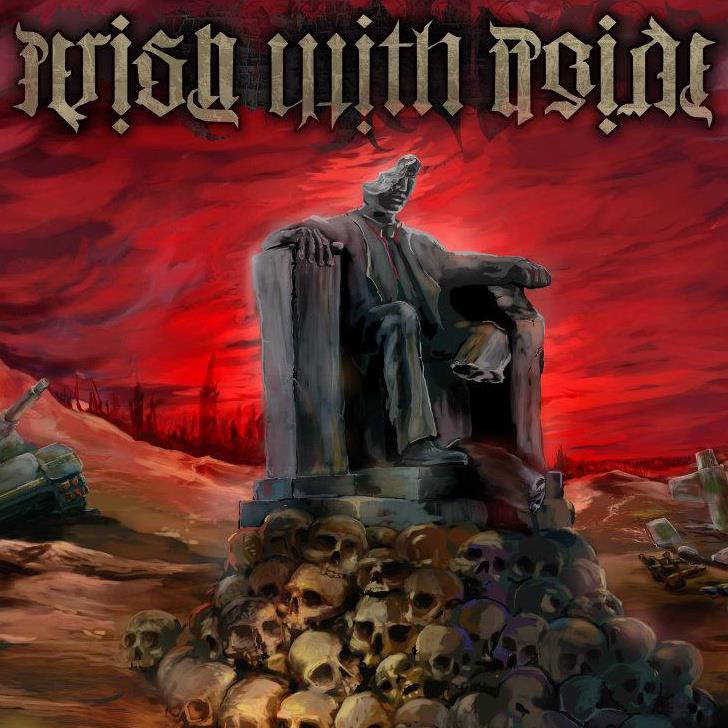 After an exploration of different musical spheres last week, it’s time to go back to the heavy side. So today I chose to review the debut album Domination of the Luxembourgish band Perish With Pride, which was released in 2010. This young quartet has taken the great ambition of recording twelve songs entirely by themselves, and before I say anything further I’ll just spoil the ending: they mostly succeeded.

Musically they wander the path of melodic death metal (contrary to what I claimed in my live review…shame on me) and the thematic of the songs is mostly sociocritical, safe for one. This means that you won’t get much time to rest, especially at a show, since it’s very straight-forward which isn’t a bad thing to me.

The drum sound is quite enjoyable and actually sounds like a real instrument; so fear not, you won’t be treated to something over-produced. One minor gripe I have though is that they generally lack variation, at least on the hand-level…the footwork therefor impressed me more than once. This however doesn’t really put down the album as a whole but it’s definitely a point that can easily be improved in the future.

The guitar-work on the other hand is more diverse and delivers several neck-breaker riffs, the same goes for the sound which is pretty clean and nice on the ears. Special mention for the mini-solo at the beginning of Pull The Trigger.

The vocals are the one thing where I’m still a bit on the fence: essentially they’re good, but they lack something, which I can’t even put into words, that doesn’t quite convince me. Maybe it’s part of the mixing or because the CD is a bit older, but when I saw them live the voice impressed me more.

Even though there is quite a bit of critique, there are two major selling points for me on this forty-two minute album: the first one is a completely unexpected funk interlude on one of the songs which I won’t name now, as to not ruin the surprise. And the second one is the second-to last song Tribute To Metal: probably the greatest collaboration in the history of the Luxembourgish metal scene, yes…that good. To sum it up, it’s basically a shout-out to the entire metal scene featuring the vocalists from local bands like Arkaeon, Dreadnought, Asathor and Desdemonia, amongst others.

To finish up I can only say that Perish With Pride have made it onto my “list of local bands that I will follow in the future” and that you should absolutely check them out to make up your own mind. Be sure to check out their Facebook page and the video below. Please note that the version below is not the final mix, so it’s not as polished yet.