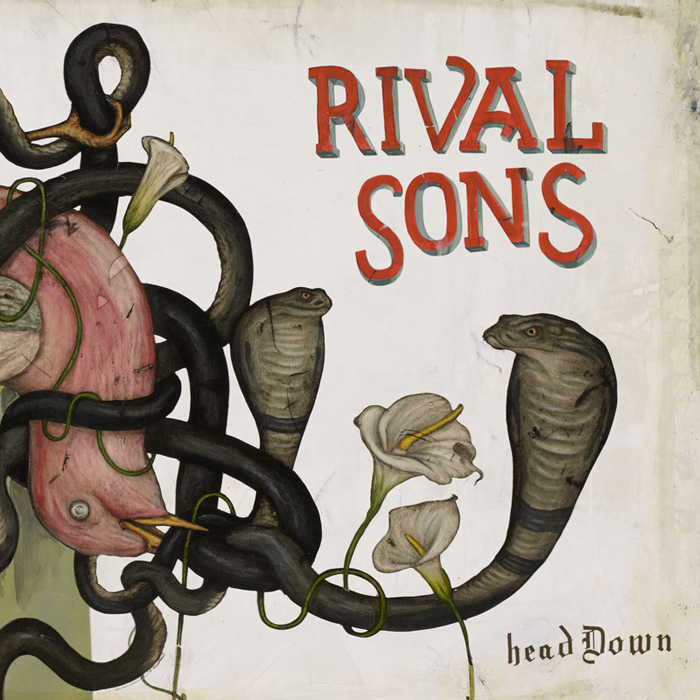 Another chapter in the long book called “Modern bands that sound like old ones”. You may not be the kind of person claiming that everything was better in the past, but this certainly will have the potential to remind you of the good old times. I’ll really try not to make too many allusions to a very well known English band formed in ’68.

It will, however, be inevitable to think of Robert, Jimmy, John Paul and John (especially John!) for the listener of this album (or for the reader of this review). So, since we’re all here: this is the modern version of a certain English band formed in ’68, but this won’t be the end of the song, because Head Down has much more to provide.

Despite the cliché, Rival Sons not only focus on classic riffs but also try to make you put on your dancing shoes after the opener Keep On Swinging, filling the album’s character with funky blues and psychedelic parts, without forgetting the base provided four decades earlier. Another thing to point out would be moments like in the wonderful Jordan, taking just a few seconds to make you feel melancholic like Forrest Gump sitting on a bench in Georgia, or Manifest Destiny parts 1 and 2, trying successfully to tie on epic rock opera songs right from the 70s.

The hardness may be lost sometimes, in case you presuppose a kind of it from classic rock. Head Down is a grower which shouldn’t be classified as another boring homage to a certain English band formed in ’68 – influences from many other artists from that time are unmistakable, but they don’t outshine the very own and authentic groove of this quartet from L.A.

The funny fact that the vocalist sometimes sounds like George Michael shouldn’t prevent anybody from enjoying this perfect soundtrack for a road trip through the Californian summer, or whatever is your favourite part of the states. There’ll be plenty of old school moments to discover, combined with the freshness of four men who enjoy living in the past of rock music.