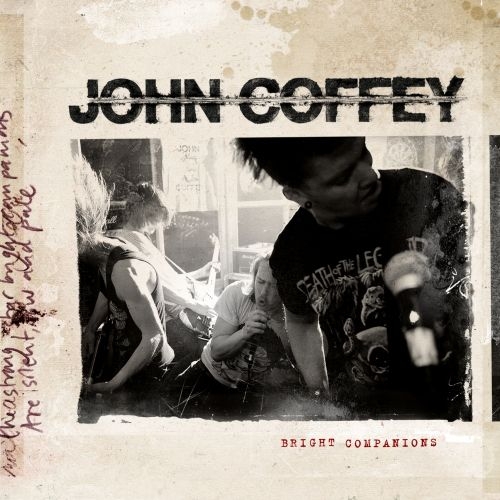 A little hardcore/punk bastard entered my room, entered my turntable, entered my brain and left everything in a complete disaster. This dog’s teeth are sharp like razor blades. This John Coffey would surely have crushed that god damn rat with just one hand. Bright Companions was recorded in Sweden’s famous Gröndahl studio by Refused producer Pelle Gunnerfeldt, and it surely has benefited from this. The album combines screamo/hardcore attacks with some party punk parts, making many hooks extremely playful and fun to hear, hard rock riffs included.

Tunes like Me vs. I are those kinds of songs you just expect first when entering some sordid whiskey bar in the Netherlands. The guys from Utrecht really have a good feeling about sing-along refrains and kick-ass riffs. No matter how often you may have heard things like these, those Dutchman know how to make you listen to it for the one millionth time. Oh, oh Calamity ends with a melancholic farewell melody after the omnipresent vocals have raped you for nearly four minutes, children chant (from Gunnerfeldt’s own children) attracts your attention before Johnny Boy kicks in the door, punching you in the face once again while opening Featherless Redheads.

Lot’s of 90s in here too, say hello to The Offspring and Refused, but the foreground features way more John Coffey than any of the bands used for comparison. Or to put it differently: this Dutch bastard is way more likely to wear leather jackets than the boys from Sweden or California.

By the way, do song titles like I’ve Got A Bastard Virus I don’t Even Know Where It Came From even need any more comments? It has already been written, but beware of these vocals, the more you progress the more they will eat your ears. This album has got no bouncer songs; it is a bouncer album in its whole. Press the STOP button, spit some blood, and press the PLAY button again.

Recommendations: Me vs. I, Featherless Redheads, Romans
[youtube https://www.youtube.com/watch?v=RGx4g5WxK68]