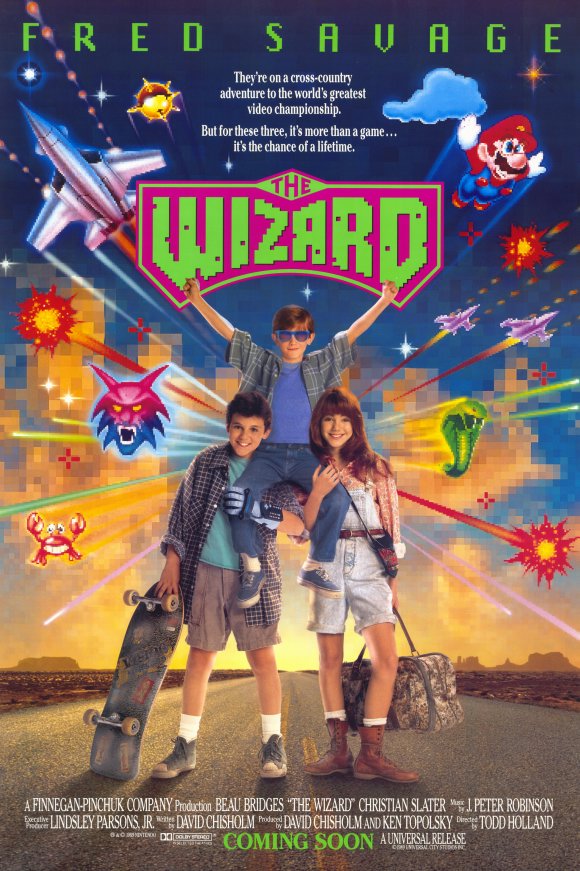 I’ve been into video games for nearly two decades now and I have to admit that I appreciate the good old Nintendo or Super Nintendo console over a Wii or a Play Station 3. This is mostly an emotional decision because (S)NES games always remind me of my great childhood and make me feel like I’m going back in time, caring about nothing but beating a game together with my friends. The heroes of our childhood were all perversely franchised in the nineties. Children were and still are very important customers and this was something Nintendo realized very early. The Wizard from 1989 is a very good example of showing how important kids are as consumers. If you try to watch the movie objectively, you realize very soon that it sucks and this on so many levels, that I don’t know where to start.

The Wizard is a typical 90ies kiddie movie with the adults most of the time behaving like primates on LSD or completely stupid and irresponsible imbeciles. Ok, this also was the case in other genre movies like Home Alone or Home Alone 2, but this time they really overdrew it. 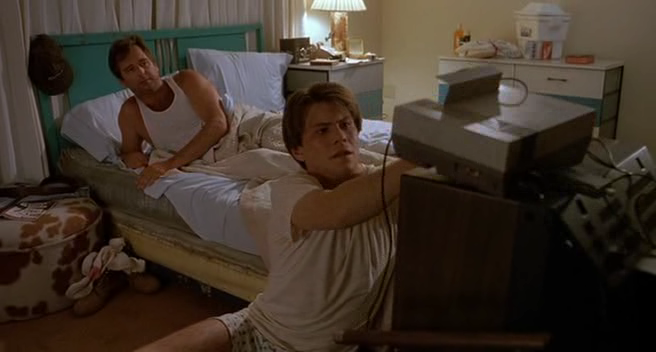 Furthermore, I do agree with people saying that the whole movie is a commercial full of product placement with Nintendo and Universal Studios Hollywood being the most present ones.

Unfortunately people concentrated too much on putting Wolfman, Frankenstein, Mario and the Turtles into the movie that they completely forgot about realism and so the adult society is pictured as an anarchistic, unethical and unmoral Kinderwunderland without any real risks. Always remember kids that it is highly unrecommended to:

it also should be nearly impossible to:

There are not only really bad dialogues and a few problems with the storyline but also other important and less important movie mistakes. I am not going into them now but when you decide to (re)watch the movie you, for sure, are going to discover some. I just want to say that nobody can play a game on NES, when it is turned off: 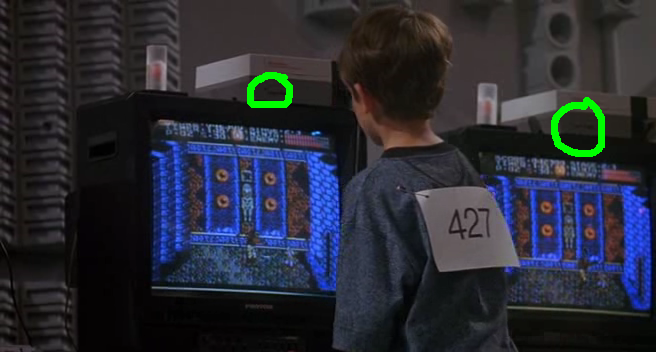 Ok enough bashing. I talked about this movie to some of my friends. All of them are aware of that flick being bullshit but there is also something different. The Wizard left an important, emotional mark on every 90ies kid. Back in these years children were completely flashed by the movie and all the different games in it (most of them heard for the first time of Super Mario Bros. 3 in the cinema which must have been a really great moment as a kid). The movie was huge and nobody cared about the product placement. Nowadays it is quite different, we are aware of the publicity but what is more important, we still do not care. In the end, even I get nostalgic from time to time and that’s the moment when I rewatch these innocent “childhood movies” (Home Alone, Turtles etc) and simultaneously feel safe and secure. To resume, this movie is really nothing special except for emotional 90ies gamer nerds.

And oh, one last picture: 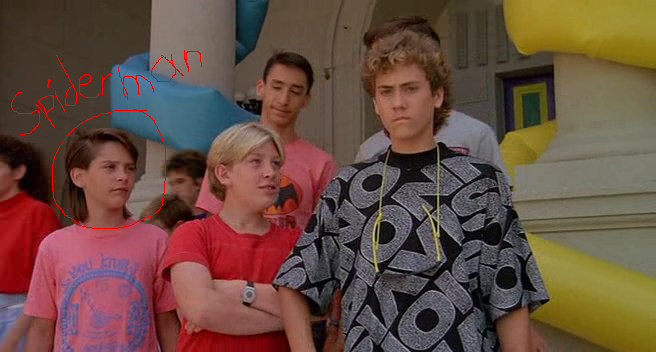