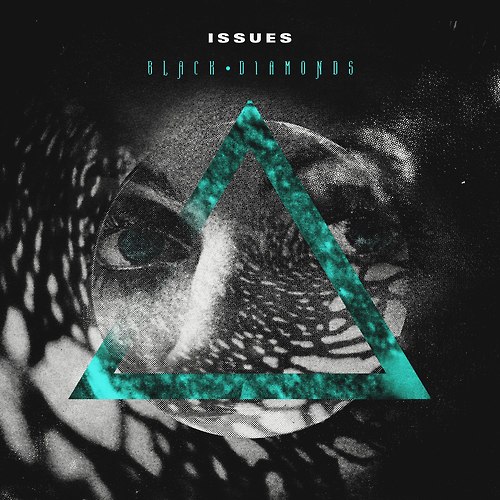 Today’s review will constitute the first part of a comparison of two different records. The reason I’m doing this is because today’s record features several ex-members of the band I’m going to review next week, mainly the two former lead singers. So, let’s start, shall we?

Issues was formed in mid 2012 and quickly decided to release an EP called Black Diamonds in order to show their fans that they’re still alive and full of inspiration. An endeavor that, in my opinion, definitely succeeded.

After an electronic-dubsteppy intro, which they could have left aside, you are treated to the absolutely phenomenal King Of Amarillo: a song that has managed to cause quite a stir in the metalcore community because it’s an open diss of the main member from the singers’ former band. It starts off heavy and switches into a chorus that is dominated by very soulful clean vocals followed by a hip-hop influenced part that, oddly enough, fits perfectly into the ensemble.

The rest of the six songs follows a similar formula but each song has its own recognition value, which is something I appreciate a lot since it is virtually impossible to get bored even after the umpteenth listening session. But the, hands-down, best song among these twenty-two minutes is the fifth one: Love. Sex. Riot.. Not only does it have a catchy as hell melody but is also enhanced by guest vocals of the Attila singer, Chris Fronzack, who adds a special flavor with his fast and brutal vocals.

On an instrumental level the album has a very modern sound to it with a couple of “aha” moments such as sporadic use of turntables. Guitar- and drumwork are rather groove orientated and complement the two singers perfectly. To round things off there is a hidden track which is as close to hip-hop as the EP gets, with guest vocals of Snow Tha Product.

All in all, I can only say that this first release by Issues is a great start and I’m excited for what they can bring to the table in the future, because the only thing that’s “bad” about Black Diamonds is the length. Be sure to check back next weekend for part two of my comparison and in the meantime, check out the band’s Facebook page and the video below.