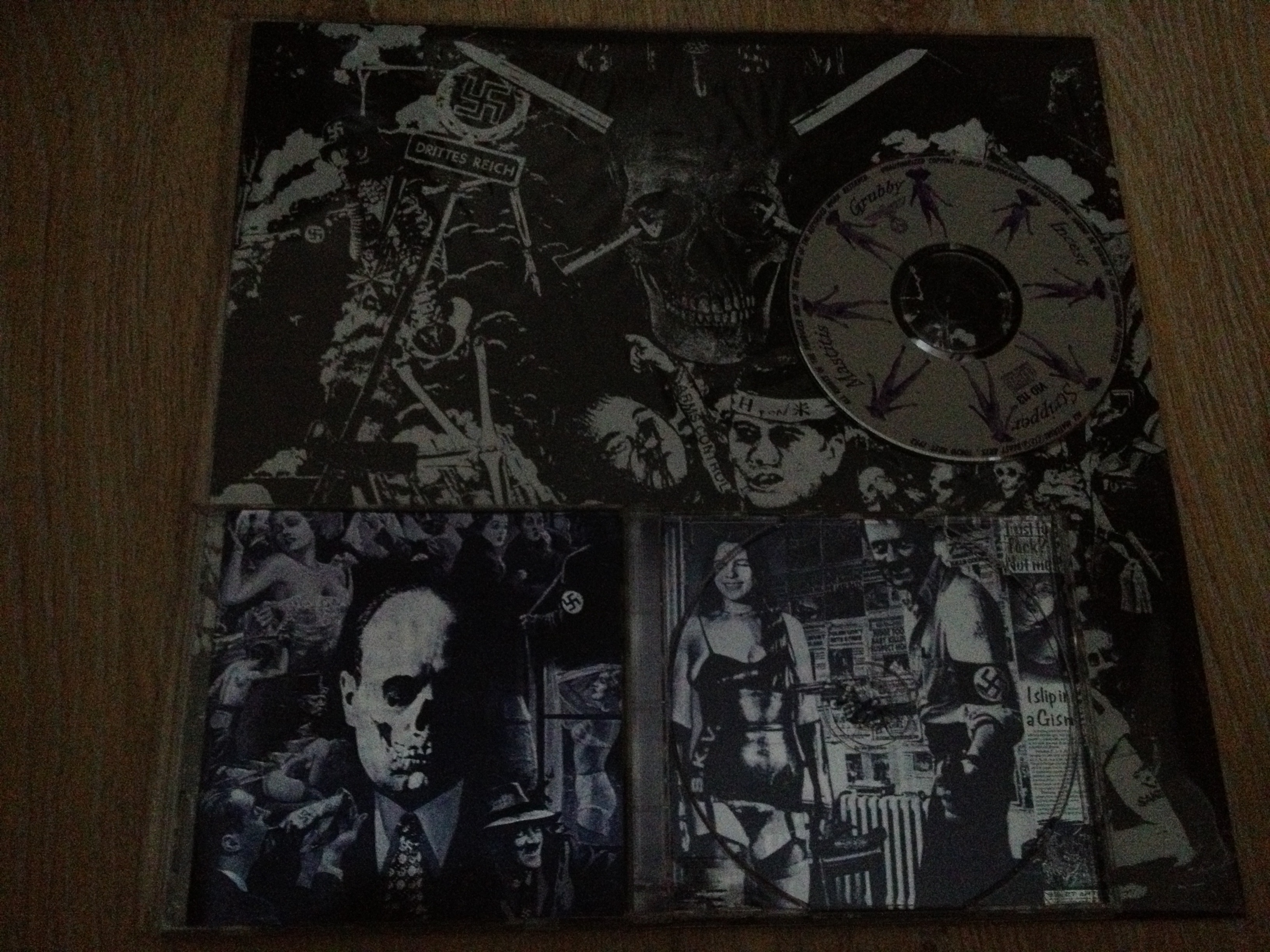 I’d like to start this review by thanking Luc for introducing me to the band. I had heard of G.I.S.M. before but I am the type of guy who does not listen to mp3s. I just do not care for files on a computer. I like to buy a Cd or vinyl and sit down, read through the booklet, look at the cover, check online for information on the band/release. I like to be busy with the music, digest it and be part of it.

I first heard of the band when reading an interview with Lee Dorian on his early influences. He mentioned Sakevi being an influence on creating his vocal style for Napalm Death. This must have been sometime in the mid 90s and, like with many other Cds back then, it was just impossible to get ahold of G.I.S.M.. So I pretty much forgot about it until recently when I decided to look for more D-beat/crust/anarcho/hardcore bands similar to Discharge. Luc mentioned G.I.S.M. and sent me a youtube link to check out and I just fell in love with the weirdness of it all.

Savage, fast, weird, melodic, brutal…these and many more adjectives describe what goes on in the mere 20 minutes of the first G.I.S.M. album. To pinpoint a certain song as “typical” is impossible as they are barely 2 minutes long and differ quite a lot. Endless Blockades for the Pussyfooter and Nih Nightmare are considered classics, and rightly so, but I find those songs to be more melodic and tame when compared to A.B.C Weapons or Nuclear Armed Hogs.

The band plays somewhere between (early) Discharge and early Iron Maiden. The aggression and hardcore of D-beat mixed with the melody and solos of heavy metal, and it works perfectly.

Sakevi sings in a style close to death metal and grindcore bands that came half a decade later. Randy is an unsung guitar hero (like many Japanese guitarists) never sounding cheesy, always on the edge and ready to riff off your face or put Randy Rhoads to shame. The album cover screams grindcore!

Sadly the albums are nearly impossible to get. I paid a lot for the unique official Cd press of DETESTation and SoniCRIME Therapy. However there are quite a lot of bootlegs out there, most include the whole Detestation album and the compilation tracks. Many of those bootlegs also sell for a lot.

I would recommend getting the Detestation bootleg vinyl that is being sold on eBay for around 20 euros. That is the cheapest way to own Detestation. The only official Cd press sells for over 100 bucks on eBay, the vinyl is on eBay right now for 400 bucks. Either way, this is a must have!

PS: Yes those are Swastikas and Hitler on the cover. The band used those to shock and are not Neo-Nazis.