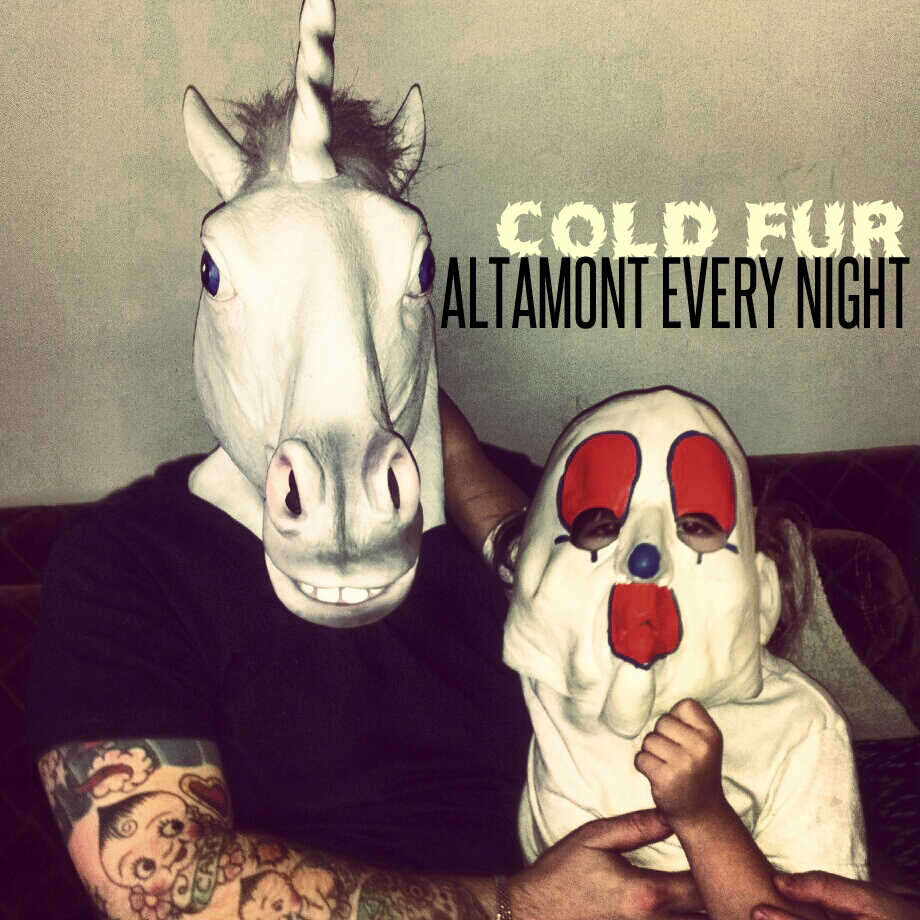 Post stoner core rock something everything. It has become a popular sport to categorise certain bands and their musical style. Let’s say Cold Fur just play rough and noisy rock’n’roll, with a front singer shouting along the whole album in like 11 different ways.

Melodic guitars and more classic riffs also aren’t missing at all, making Altamont Every Night a perfect coffee substitute right from the opener. The punky Cut Of My Jib doesn’t let room to breathe, which is in fact the case for the whole arrangement of this crowd funding financed album, recorded by Steve Albini himself. There is a certain preference for recording rock music in a very raw way these days, which again perfectly fits for this kind of music. You certainly don’t want to imagine hard or stoner rock bands that sound like clean and polished boy groups.

Songs like Just Like Brian Jones combine macabre themes with a huge portion of “what do I care?” and the crazy horse on the cover looks at you saying: “not a damn!” Here we are, dead in the water, and Pigs On Holiday makes sure that any kind of revival is useless. Songs like The Shittiest Story Ever Told and Fat Vampires From Planet Wolf masterfully finalise this half an hour outburst. Needless to say that also Black Sabbath found its place between core and madness, and you may also think to have found a pinch of Refused from time to time.

A record for those mornings you want to smash your alarm clock.