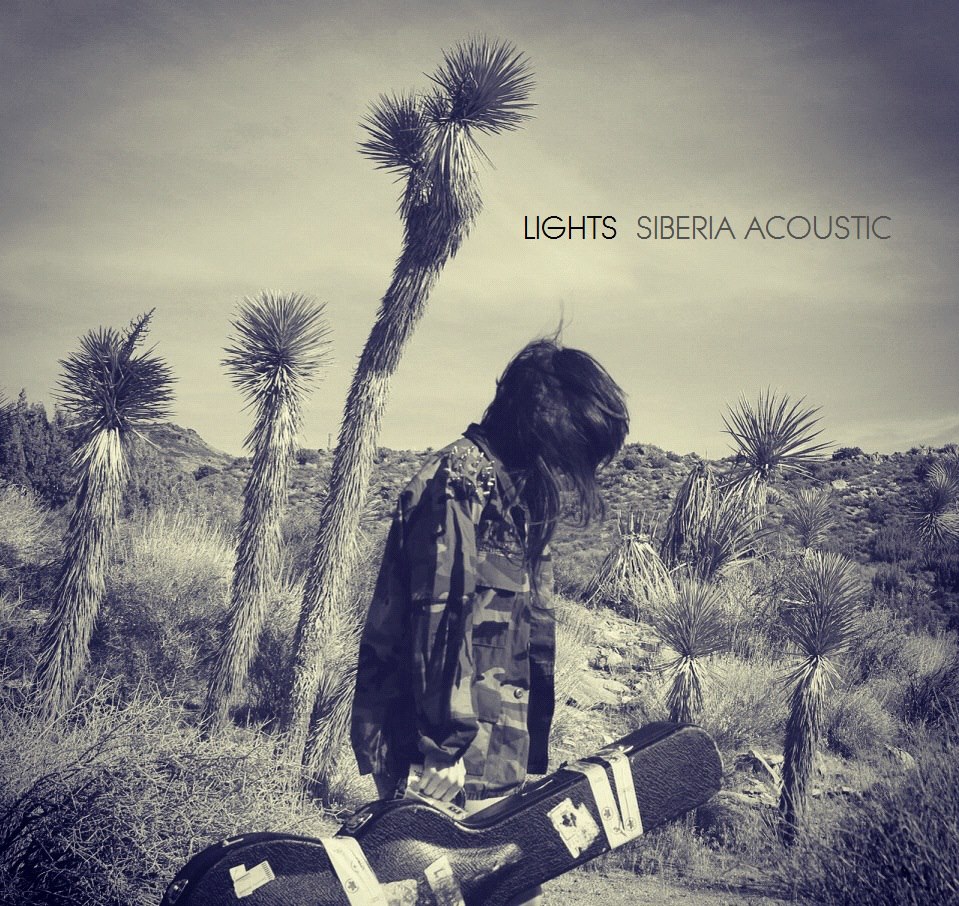 Today I want to explore a very different aspect of my musical spectrum…and I want to take you on a journey to Siberia. More precisely Siberia Acoustic, which is the second of its kind by Canadian artist LIGHTS. As with her first synthpop album The Listening, where she released a five track EP simply called Acoustic a few months later, she does it again this time around with her second electronic album Siberia. The acoustic version of it features ten tracks (of the original fifteen) which are all performed by guitars, pianos and string instruments (cello I believe).

It certainly isn’t everyone’s cup of tea but the whole thing has such a dreamy atmosphere that I immediately fell in love with the vibe of it. It’s just something you can either listen to on the side without paying much attention to it and still be pleasantly entertained, or you can actually pay attention to the brilliant instrumentation and enjoy it even more. Especially if you know the original songs, you will appreciate it even more, trust me.

One thing that no one can deny however is that the girl can sing! While I like her slightly auto-tuned vocals on the “regular” albums, because they add to the feel, I much prefer her untouched vocals. But apparently her own voice wasn’t enough, so she recruited help from three artists: Owl City on Cactus In The Valley, Max Kerman on Siberia and last but not least Coeur de Pirate on Peace Sign. I for one wasn’t convinced at all by the guest vocalists on my first listen-through…but I slowly warmed up to them and now I actually like them a lot, especially the latter.

LIGHTS is one of the few pop artists that I deeply respect and enjoy, and I hope you will give her a chance too…you might dig it! Listen to the song below and check out her Facebook page if you want to know more about her music. This review also serves the purpose of urging you to always keep an open ear and mind when it comes to music…simply because it’s a genre you generally don’t like, doesn’t mean you might not like some of it.