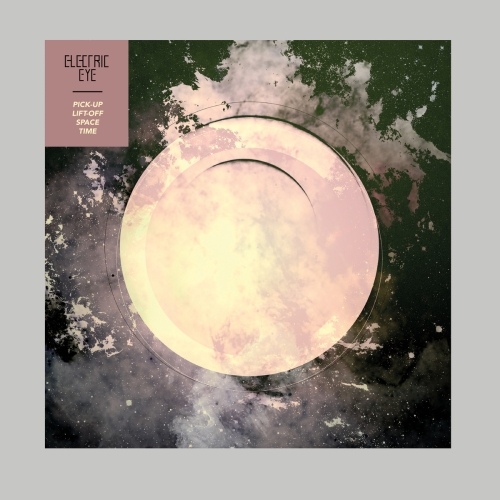 A nice little piece of psychedelic rock was flying trough space and time and landed on our desk. On the one hand, Electric Eyes’ ingredients are typical for the genre: warped tunes and electronic spacy sequences. On the other, the Norwegians try to build up a hard and progressive groove, which works out most of the time due to the powerful and restless drum beat throughout every song.

Pick-up, Lift-off, Space, Time starts off with 6AM, which already clearly defines the main direction of the LP, although it sometimes feels like being a bit uninspired. Geneva is one of those atmospheric songs that you may imagine being used as background soundtrack of an IMAX documentary about our dear planet Earth. Vocals and samples show up from time to time, as well as sitars and a theremin, creating an ambiance between drug trips and Star Trek.

Tangerine is the first star of this album, building up an uneasy and optimistic atmosphere at the same time, before exploding in an almost post rock like wall of destructive sound. Definitely one of the strongest moments in Pick-up, Lift-off, Space, Time, if not even the climax of this adventure.

Negative aspects? Maybe monotony. Sometimes the drum beat annoys untrained ears, which would be a problem for the whole genre. The harsh guitar sound nevertheless brings almost every song to a point in the very right moment, as for example in The Road, the shortest song with 4:10.

The forceful sound and the wall of sensory input may sometimes overcharge the listener, although this often reflects one of the major strengths of the record. The closing song is named after the band and floats nicely between Pink Floyd and Sigur Rós before putting a grooving and enjoyable end to this versatile work of psychedelic rock. Give it a try!