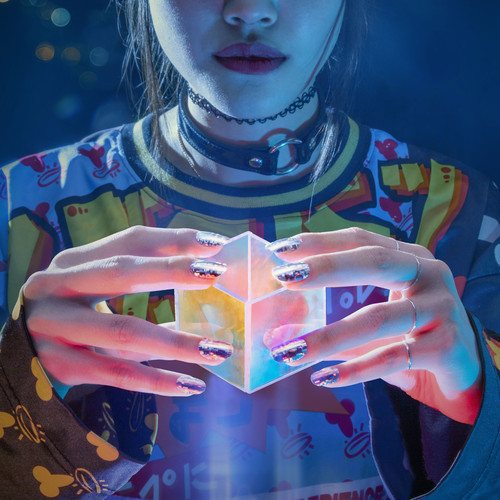 Last week has been a big week for “electronic” music, at least in my book. Daft Punk pre-streamed their new album and Anamanaguchi released their new Endless Fantasy. While I was slightly underwhelmed by the former, the latter entirely blew me away…but let me introduce you to the band first. Anamanaguchi are an American quartet that are unarguably among the biggest of the chiptune genre. For those of you that are not familiar with this type of music: it’s basically music that is created with old consoles like the Nintendo Entertainment System or the Game Boy. What differentiates these guys from the mass however is that they are, what they like to call themselves, a regular band with a NES as a singer.

The main reason why their music fascinates me as much as it does is because it raises strong nostalgic feelings in me. I am completely thrown back into my childhood of playing Nintendo or Super Nintendo and having the greatest time ever with the bits and bytes. But I am convinced that even people that do not have similar memories will be able to enjoy this record. Simply because it’s amazingly well composed and the “danceability” is extremely high, even for pillars of salt when it comes to dancing like myself.

Compared to the predecessor EP Dawn Metropolis this one is a full-length album which clocks in at just under eighty minutes (!) with a total of twenty-two songs…something very rare in today’s “fast food mindset” when it comes to album lengths. Another addition is that on a handful of songs they include, partially auto-tuned and modified, vocals; which I was skeptical towards at first. But the outcome is just so well-fitting that I’m partially sad that they’re not used on more tracks.

There is not much I can add, to be honest. You either dig this style or you don’t, it’s pretty difficult to be impartial since it’s very special and unique. I sincerely hope you give it a go and find out for yourself! More info can be found on the band’s Facebook page and you can take the “do I like chiptune?” test by watching the video below!