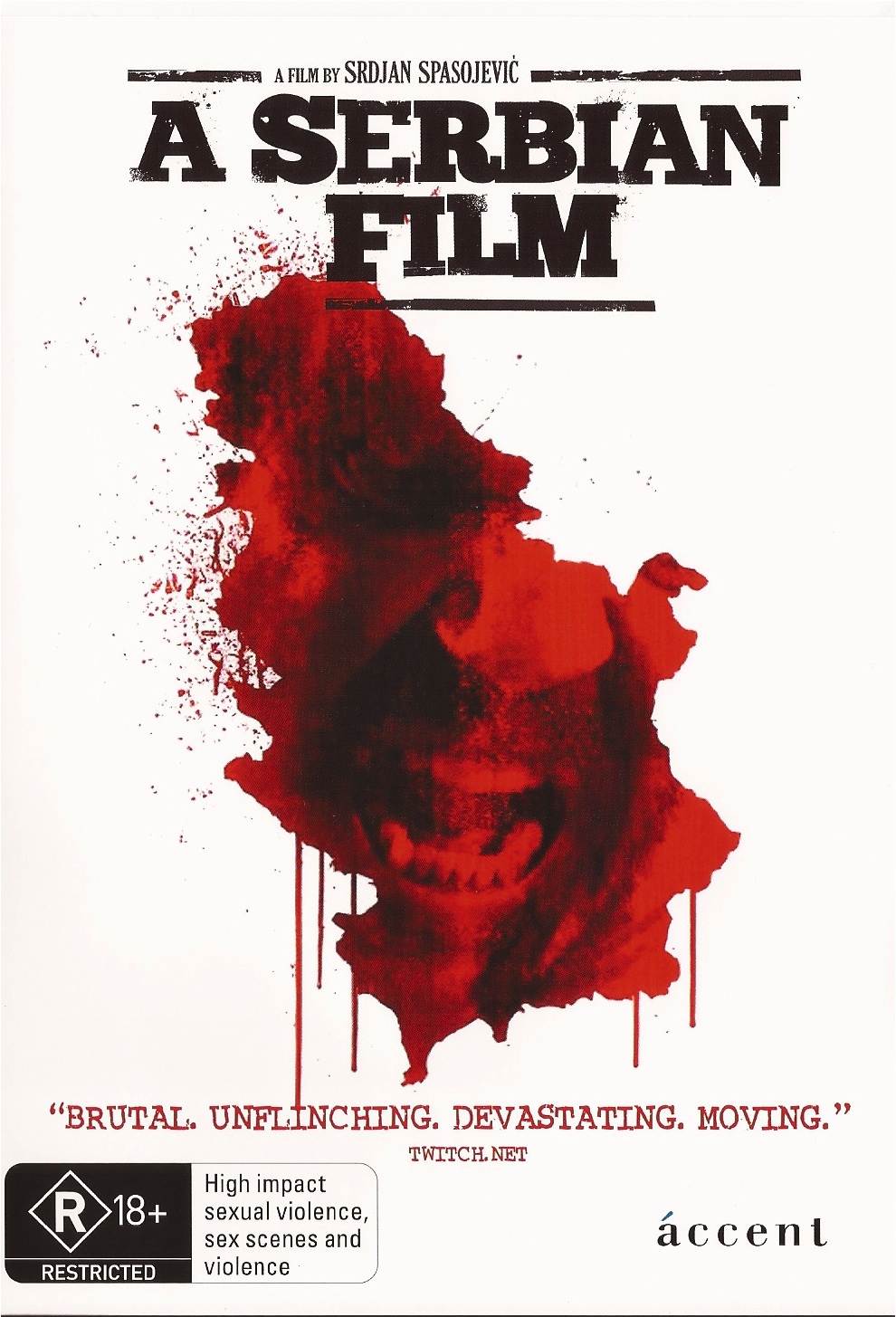 Today I want to write about a movie that came out three years ago and that, due to its extraordinarily shocking and graphic content, quickly achieved cult status and has consequently been discussed to absolute death. Everything I’m about to say, I’m sure someone else has put more eloquently and intelligently before. And still I felt that this would make for a worthwhile review for the simple reason that I rarely come across films that elicit such a strong reaction out of me, and seeing as I’m not alone with this sentiment, it might be interesting to get yet another take on why it’s stirred so much fuss.

It’s been two years since I first watched Srdjan Spasojevic’s A Serbian Film, and to this day I regard it as the movie that messed with my head the most and for the longest time. To get the plot out of the way, for those who have been blissfully unaware of its existence: the retired porn actor Milos is struggling to make ends meet with his wife and kid in a poverty-stricken Serbia. He gets an ominous, albeit financially enticing offer to star in the newest project of a director who claims to make “artistic pornography”, and after a brief period of consideration, he agrees to sign the contract. We then watch him as he enters a swirling downward spiral and gets sucked further and further into a vortex of violence and insanity. In an interview, Spasojevic concisely explains what he tried to express with this heavily-layered metaphor:

[…] first of all this film is an honest expression of the deepest feelings that we have about our region and the world in general. Concerning our region, the last few decades have been dominated by war and political and moral nightmares. The world in general is sugar-coated in political correctness, but it is actually very rotten under that façade. So we’re talking about problems in the modern world, only they’re set in Serbia. And it’s a struggle against all the corrupt authorities that govern our lives for their own purposes. So yes, there is anger in the film.

A Serbian Film seems to divide people in three camps: the fans who think it’s an experimental chef d’oeuvre, the highbrow moviegoers who lump it in the same category as Human Centipede, and the ones in the middle who find it impossible to rate this movie because they can’t figure out what it’s trying to be. The first category disagrees with the criticisms of the second fraction, namely that the film is made for simple shock value with no other purpose, and then there is the latter group, the people who think they see value in it, but are undecided whether they can get behind the extreme images used to deliver the alleged bigger message.

I am one of the undecided folk. Make no mistake, I don’t “like” A Serbian Film. In fact, it makes me nauseous.

Art is subjective, and we can and will argue about it until our planet bursts into flames (which is great, life would be boring if we just left it alone.) I don’t understand the Oscar-nominated impressionistic picture Tree of Life and see no beauty in it, to someone else out there it is most likely the single most touching movie ever made. I think Lars von Trier’s Antichrist is an overly pompous, pretentious attempt at combining art with exploitation, but you might well be sitting in front of your computer screen shaking your head right now because that is exactly how you feel about A Serbian Film, which I personally think comes closer to achieving the juxtaposition of ugliness and beauty.

I hate many scenes in this film because I think they are way over the top and its nihilism often strikes me as juvenile, but I am confident that it does not deserve the label of “shlock.” I would not recommend watching it, however. There’s only so much outrageous, inventive violence you can defend before you must admit that while the basic approach is admirable, the content oversteps the mark one time too many. I maintain that A Serbian Film is intriguing in a soul-shatteringly ambiguous way: it’s far too well-made to be laughable, yet too perverse and vile to be placed alongside provocative (but comparatively vanilla) masterpieces like the 1997 Funny Games. And it may well be that this means that the film has fulfilled its purpose.