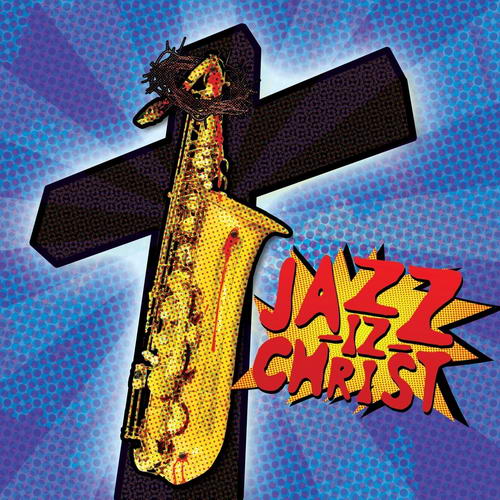 I’m certainly not a specialist in jazz music, so for all you connoisseurs out there, let me know if my impressions are for the birds. First of all, Tankian invited a wide range of guest musicians (probably because he isn’t a specialist either) such as, amongst others, Tigran Hamasyan, Tom Duprey, Valeri Tolstov or Troy Zeigler, which would be the first explanation for the advanced level of Jazz-iz-Christ. Besides classic jazz influences the LP combines fusion, electro, also rock, even if it is not so obvious at first listen, and also a number of oriental influences, represented for example by sitars.

The opener Fish Don’t Scream was described somewhere as a System of a Down song in disguise, and I have to say that this an appropriate way of hearing it, especially for the returning stamping parts. One could really imagine the slower jazz melodies as a reflection of a possible Tankian singing performance. The rocking elements on this album are omnipresent without pushing to the foreground at any time. The classic guitar solo in Arpeggio Bust, for instance, is perfectly fitting to the jazzy rhythm section. Moreover, there is a very concise and pushing bass line in a handful of songs.

Besides the rock influences there are especially the electronic and/or the fusion elements that produce the main groove of Jazz-iz-Christ, which generally spoken provides a wide range of musical experiences without being overcharged at any time. Most songs are instrumental; Tankian himself, or his vocals, enter the stage in song number 7, Distant Thing, a very oppressive but chilling song in which his voice and performance perfectly fits, which counts a little less for the following  Song of Sand.

The album clearly has its depressive period towards the middle, guided by melancholic vocals and instruments, combining the feeling of drinking whisky in a dark lounge and Tankian’s typical feeling for tragedy. Jinn then picks the pace up again, being a rock song at heart, and yet very hard to categorise in terms of style. Waitomo Caves would be the next creative bastard, having a 90s electro and beat box groove dancing around the classical jazz instruments. Same as the opener, the closing song Miso Soup then again can easily be defined as being a SOAD song, and this time, to make it more obvious, Tankian takes care of the vocals.

Jazz-iz-Christ is a very enjoyable, nearly 57 minutes long piece of jazz combined with like everything one could imagine, and I think one can really hear the fun the contributors were having during the recording sessions.