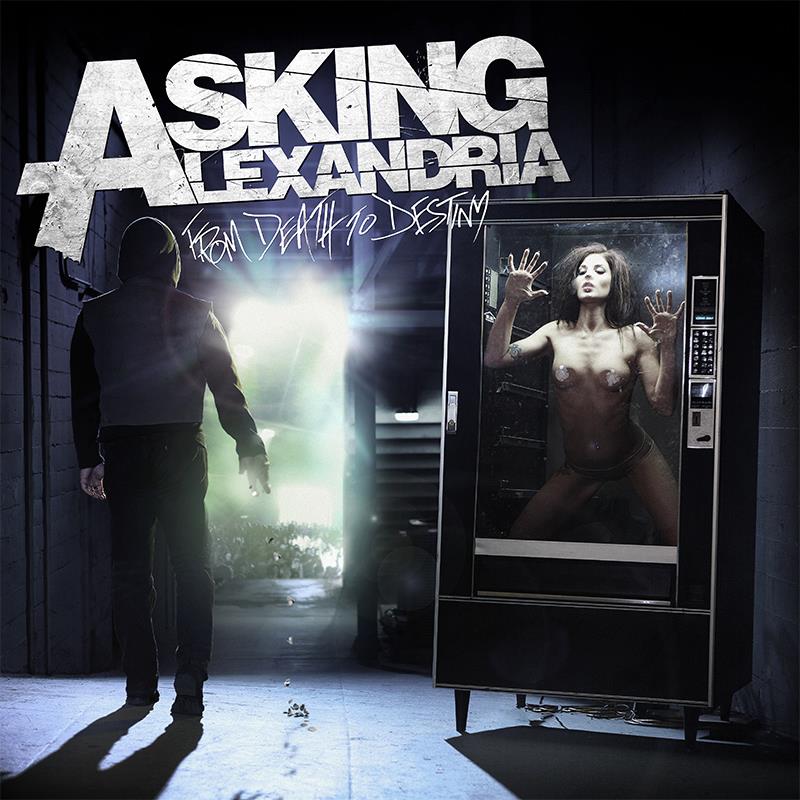 I am a person that is very fond of routine and I dislike sudden major changes in my life, while that might be considered a strength or a weakness depending on your personal attitude, I am absolutely in favor of change, read evolution, in music. There is nothing I like more than a band stepping out of their comfort zone and writing an album that sounds, almost, nothing like their previous endeavors. Earlier this year Bring Me The Horizon did a phenomenal job in that domain, and now it’s the turn of another rather influential band of the genre to do the same. If you haven’t guessed by the cover, I’m talking about Asking Alexandria who recently released their third record From Death To Destiny.

While the twelve songs do still bare the signature AA sound, they are so different from especially the debut record, Stand Up And Scream, that I was wondering whether there had been a mix-up in the pressing. After the intro which, fun fact, features soundbites from the singer’s drunk escapades at one of their early concerts, you are confronted with very melodic riffing and singing. While there is still the typical “chug-chug” stuff, the songs just sound way more mature and structured.

It goes further than that however, because so far my description might as well be of their second album Reckless & Relentless. Personally, the entire forty-seven minutes remind me of eighties rock and heavy metal in many and more passages with a healthy dose of metalcore. If I had to describe it in one, alas made-up, word I’d say: rock-core. To fans of the first hour this mix will certainly seem strange at first, but if you give it a chance to seep in, you might come to same conclusion as me: this is what Asking Alexandria should sound like.

Another aspect, that seems to be a trend this year, is that the vocals (and lyrics) have vastly improved in comparison to previous works. Singer Danny Worsnop damaged his vocal chords in late 2012 and subsequently went through rigorous vocal training, resulting in a noticeable change of his screams and growls. His clean vocals on the other hand sound very similar to before but simply better executed. Again, the “new” heavy vocals might scare some people off at first but they fit the music perfectly.

As a closing statement I can only say that this album is definitely the band’s musically soundest release and while they have strayed far from their original sound, it is the best thing that could have happened since these days only the daring bands can survive. And trust me: these guys will survive for a long time. Check out the band’s Facebook page and give the song below a listen; I picked a non-single track on purpose to better illustrate what I mean.