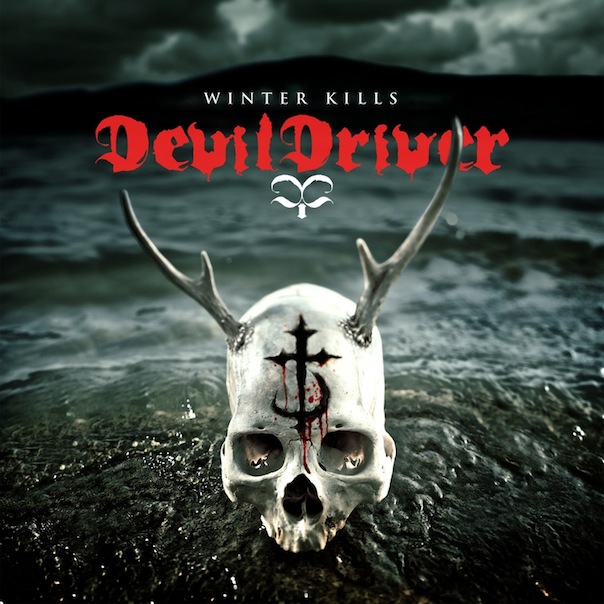 The California groove machine Devildriver is back with its sixth album Winter Kills! After their previous record Beast which is, as the name suggests, their heaviest output packed with anger and aggression, the band has decided to go back to their roots and take their signature style to a new level.

In case you have been living under a rock for the past ten years and are unfamiliar with DD, let me try to explain what they’re about: groovy rhythms mixed with ear-drum-shattering heaviness! This formula is noticeable in every single instrument, which means that you are treated to massive riffs and drumbeats that make you want to bang your head in approval, followed by balls-to-the-wall annihilation where no moshpit is a safe place to be and finally, to round the whole thing off, there’s just purely melodic parts.

There’s this weird thing that happens to me every time I listen to a new record by the band and I can’t quite figure out why. With every new release the quintet bests their previous one in my opinion and I completely stop listening to the old one, almost to the point where I can’t really enjoy it anymore. Whether that is a good aspect or a bad one is up to you, but it definitely makes me appreciate the eleven (thirteen if you have the limited edition) songs a lot.

Not much is to be said other than that, since the musicianship didn’t need any improvement and the song-writing is as solid as always. One thing that has to be mentioned, however, is the fact that they decided to cover a song and they did one hell of a good job with it. As far as I know, this is only the second time they chose to do so and therefore it’s a bit of a surprise that the band picked AWOLNATION‘s Sail, a song I personally enjoyed in its original form but now that it has the DD touch it’s even better. Check it out at all costs!

After being in the business for ten years now, Devildriver has certainly proven that they are far from being obsolete and I am looking forward to ten more years of music! For more information you can visit the band’s Facebook page and be sure to give the song below a go. And remember: Winter is coming, and it KILLS!