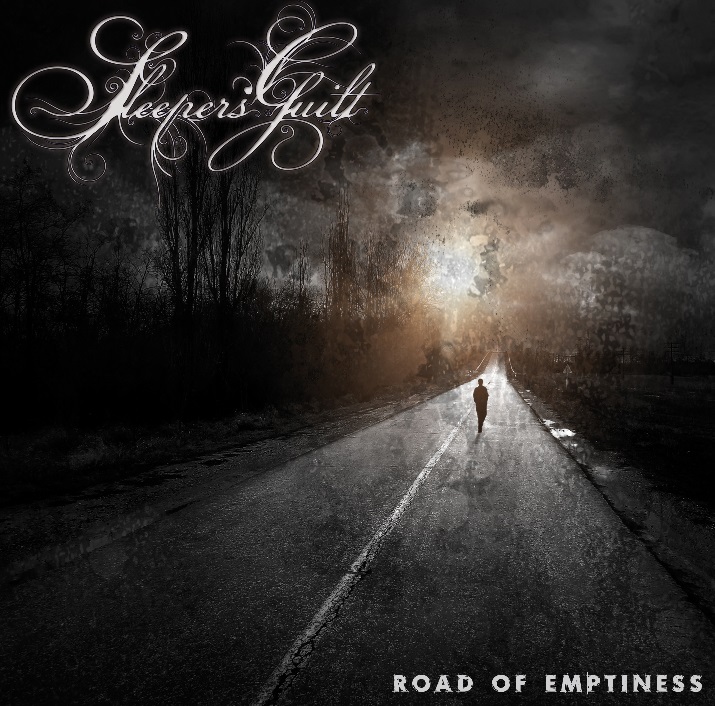 Today I bring you the second highlight of the month in the national metal scene: Sleepers’ Guilt‘s second release Road Of Emptiness! Now, if you have read my review of their first endeavor you know that I wasn’t a fan of the vocals, but I liked the instrumental work. Earlier this year the band parted ways with their singer and announced that they had recruited Patrick Schaul of now-defunct Dead Eyes Memorial to fill the shoes in the vocal department. If you are familiar with the guy, you must have been as surprised as I was…but at the same time, I was very excited to see what the result of this unusual choice would be. Let’s find out, shall we?

The band still plays melodic progressive metal, but you can definitely notice an improvement over their previous material: it all sounds much more fleshed-out and mature. All the beloved elements remain, such as the piano and sparingly-used synthesizers, the killer riffs and the driving drum work, but at the same time the songwriting has vastly become better. The six songs are never repetitive and you are treated to a continuously enjoyable experience.

On a production level, it’s worth mentioning that it’s still self-produced but it sounds fuller than the, already quite well sounding, first EP. Especially the drums sound richer and simply more natural. The guitars also sound much more vicious and, as mentioned earlier, have some brilliant neck-breaker riffs as well as some really intricate ones. The solos are a bit on the slower, more melodic, side but they serve quite well to mix things up a bit, especially in a live setting your neck will thank you for them.

The biggest selling point, to me, however are by far the vocals since Schaul’s growls are almost exactly what I was aching for while listening to the the self-titled debut. To my big surprise he also sings clean vocals, which are obviously not on the same level as those of the band’s previous singer, but he gets the job done quite nicely and they sound very genuine throughout the twenty-nine minutes.

All in all, I would say that the transition has been masterfully achieved and while the growls do rob the band of a certain distinctive factor, they fit the musical direction way better. Definitely give this EP a chance and see for yourself! For more information, you can visit the band’s Facebook page and listen to the song below. And be sure to head to Rockhal this Saturday, where the band is hosting a release show!

One reply on “Sleepers’ Guilt – Road Of Emptiness”