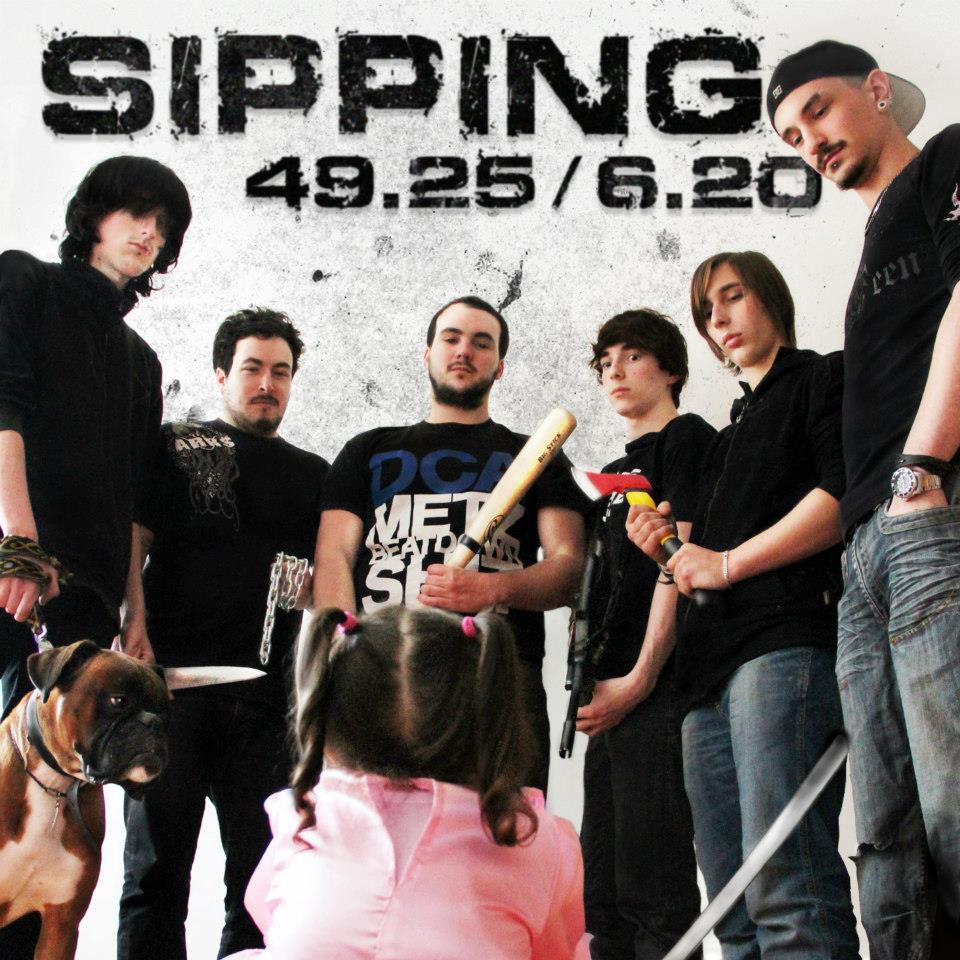 France is known for many things. Like losing wars, being romantic and Louis de Funès but metal is not a big export it can claim. While they do have a handful of really good and even well-known bands that made it internationally, they are mostly know musically for their pop and rap. Today’s review is about a nu metal band from the hexagon: Sipping, who released their debut EP 49.25/6.20 earlier this year.

As mentioned before, the sextet plays nu metal in its “oldest” form…complete with rap vocals, screams and scratching. There is one thing that does stand out though: they sing in French. While that makes it more difficult to appeal to international audiences, it is a distinctive feature which I welcome, since it’s rarely done these days.

The production is solid but not quite where I’d like it to be, since, at least in my opinion, the genre gets most of its momentum from a strong sound. It is, however, not to the point where it’s impossible to listen to, so don’t dismiss it before you gave it a listen. The drums are nothing you’ve never heard before but well played, delivering an appropriate base for the rest of the music. Guitar wise it’s nothing to write home about but sufficient to not make you run away during these eighteen minutes.

The rap vocals generally follow the same rhythm without many surprises, and the occasional screams could be a bit more frequent for my taste. The same goes for the vocals as for the rest of the six tracks: not bad, but nothing spectacular. The intro deserves a special mention since it features Nyan Cat…whether that is positive or negative is up to you; I liked it.

All in all, this EP did not blow me away but I can see what the band tried to do and I welcome it. The general consensus is that nu metal is dead, but attempts like these to revive it always make me feel nostalgic and I can’t completely dismiss it. If you get a chance to see the band live, as I did when I discovered them, I would recommend that to the recorded version but if you’re hungry for some new-old stuff: be my guest. More information can be found on the band’s Facebook page and you can make your own impression by listening to the song below, which oddly enough sounds better than the version on the EP I got.