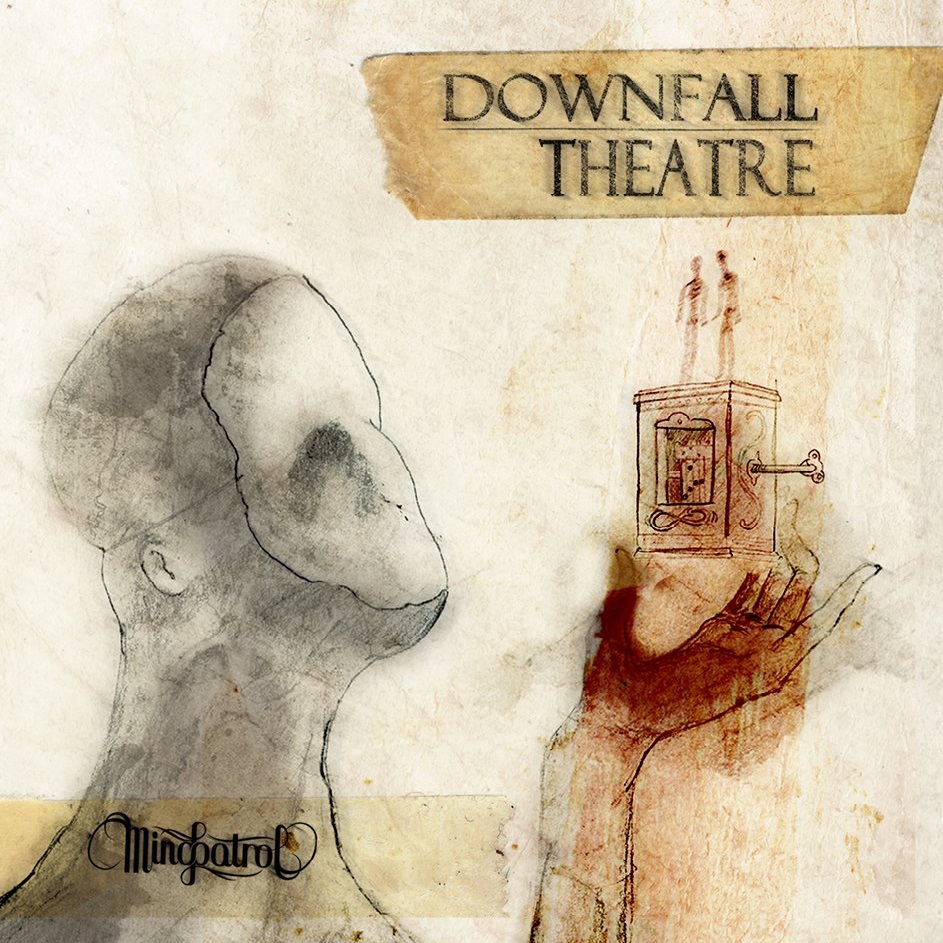 Today I have the pleasure of reviewing one of the most ambitious musical projects that I’ve seen in a long time: Mindpatrol, a Luxembourgish quintet who tell a, albeit slightly cliché, complete story on their debut record Downfall Theatre. While the idea of a concept album is nothing new, the storytelling devices that the band uses are something I have never witnessed in this particular magnitude. Let me further explain:

Instead of settling for one specific genre, the band has a wide range of different metal sub-genres…and when I say wide I actually mean a (almost) complete palette! Each of the eleven songs has a completely different feel to it, and the four spoken-word interludes also range from dreamy to creepy. The album starts with a ballad and just when you think that the guys have settled for melodic power metal, you get slapped in the face by heavy riffs on the next song…this mutates into a pure neo-thrash-metal explosion two songs later, only to switch to death metal and end with black metal. I guess you get the idea? Madness. I love it.

While you might think that all this experimentation could result in poor songwriting…that is absolutely not the case. Mindpatrol understand the genres they play and the ingenious musicianship allows them to portray them most adequately. I’d say that music aficionados will definitely recognize their inspirations, but nothing seems like a cheap copy-paste, which is another point in favor of this entire record. The production, which was all done in-house, is also at a truly enjoyable level and even the most minute details have been fleshed-out.

After reading all that, you might ask yourself how many singers the band has, in order to accompany the music…the answer is quite short: one. Luc Francois, who is arguably the mastermind behind the band, decided that being a writer, walking beer keg and internet troll was not enough…so he decided to pick up the mic. I’ll keep it brief and just say that he nailed all the different singing styles…well, almost. His clean vocals, which are predominant in the first half of these sixty-two minutes, are not quite near the likes of the best vocalists out there but I’m very convinced that with further training he will reach great heights. However, his screams, growls and screeches are more than just redeeming; they blew me away, that’s for sure. The only real critique I just can’t get around mentioning is that, especially in the spoken-word passages, his accent is quite heavy.

To sum things up, I’d say that this record is not to be missed by anyone since there is literally something for everyone on here. The fact that the band decided to release the whole thing for free on Thursday makes that even more true. For those of you who understand German, I should mention that there will be a tie-in book to the album, which further elaborates the story. Check the band’s Facebook page for further news and updates and listen to the song below!