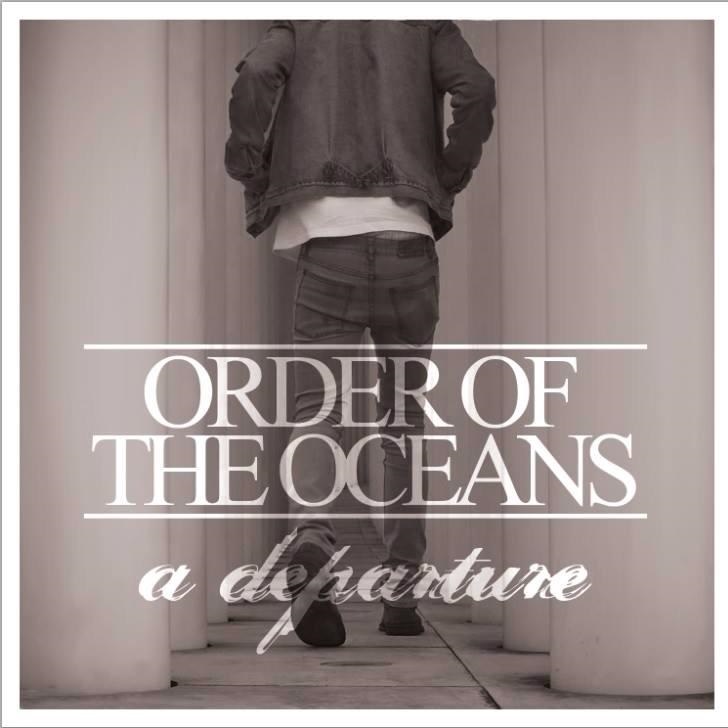 Order Of The Oceans are a relatively young band, both in terms of existence and average age of the band members, from Luxembourg who started out as a deathcore band in 2010 and have since moved into a hardcore direction. Their debut album A Departure is going to be released on the 29th of this month and I’m here to give you my two cents about it.

I’ll get my only criticism out of the way first: the thing that struck me about those nine tracks is that the production-value varies greatly, ranging from solid and clearly distinguishable instruments on a few songs to a hard-to-listen-to mishmash on the rest. Since I’m a fan of massive productions, that did bother me at first but once I looked beyond it, I was actually treated to an enjoyable experience. But enough of the bad, let’s get to the good stuff!

The song palette is surprisingly diverse and features your typical hardcore sound with a touch of melodic parts, some heavier songs which have more aggressive riffs and growls and last but definitely not least the, in my opinion, fantastic ballad Commitment. The song is a simple but effective piano track with heartfelt screams on top…it sounds banal on paper but it conveys its message perfectly.

Speaking of messages: the lyrics are a focal point of the band, since they want to address their every-day issues with love, respect and loss. While not every line is of Shakespearean grandeur, their point gets across and I’m convinced that more than just one listener out there will manage to identify with the words during these thirty-five minutes. To spice things up a bit further, the vocal department is supported by Mike Rodrigues of Falling Promises on two songs!

All in all, I’d say that OOTO have made a respectable first step into the recorded music scene and that they will take quite a few more steps, if they can improve on the little kinks that are present on this debut album. More information can be found on the band’s Facebook page and a first impression can be found below. Also, if you like what you hear, be sure to head to the Rockhal Café in Esch-Belval this Friday, since that’s where the release show will be!