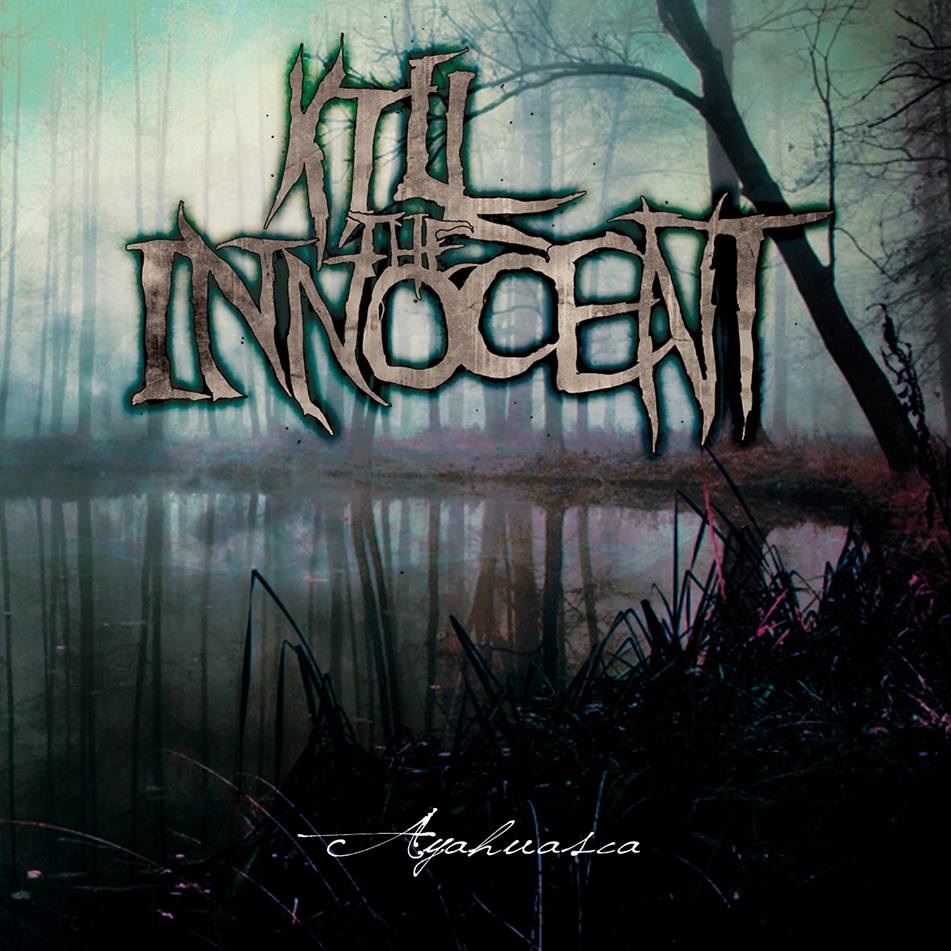 This is going to be my last review of the year 2013, and I’m happy to say right off the bat that I’m ending it on a very high note, because the first EP Ayahuasca by the relatively new Luxembourgish band Kill The Innocent is quite a tasty experience. So let’s dive right into it!

Generally speaking, the quintet plays deathcore but the music is slightly more multifarious than that and doesn’t stick to the genre all the time, which makes the six tracks by far more enjoyable than a lot of attempts by other bands.

In the instrumental department I’m not quite sure what convinces me more: the guitars or the drums. The latter are chock-full with blast beats and double bass work that ranges from balls to the walls speed to various patterns, all while being interlaced with several delicious fills. The guitars on the other hand have potential to leave you open-mouthed from the heaviness and technicality: finest shredding followed by speedy tapping with an extra serving of melodic solo is exactly what you’ll find during these twenty-seven minutes.

I’m quite sure that there is not a sentence, or a variation of it, that I have used as often this year as the following: the singer is killing it. But don’t blame me for that…since, in all seriousness, the vocals are marvelously well-done. Not only do the screams sound truly evil and the screeches come across as totally vicious, but the clear enunciation puts the cherry on the cake.

In closing, I want to say that KTI definitely took me off-guard because I have been mostly disappointed by local bands that tried to wander in this particular genre but due to its flawless execution and crisp production, Ayahuasca made me forget all about that. As a matter of fact, I’d even say that Kill The Innocent are my personal Luxembourgish newcomer of the year and that I’m quite positive that they will amount to great things in the future. Visit the band’s Facebook page and be sure to listen to the song below. If you like what you are hearing, head on over to Kulturfabrik in Esch this Saturday, where they will release their EP at the seventh edition of the Bang Your Head Festival!