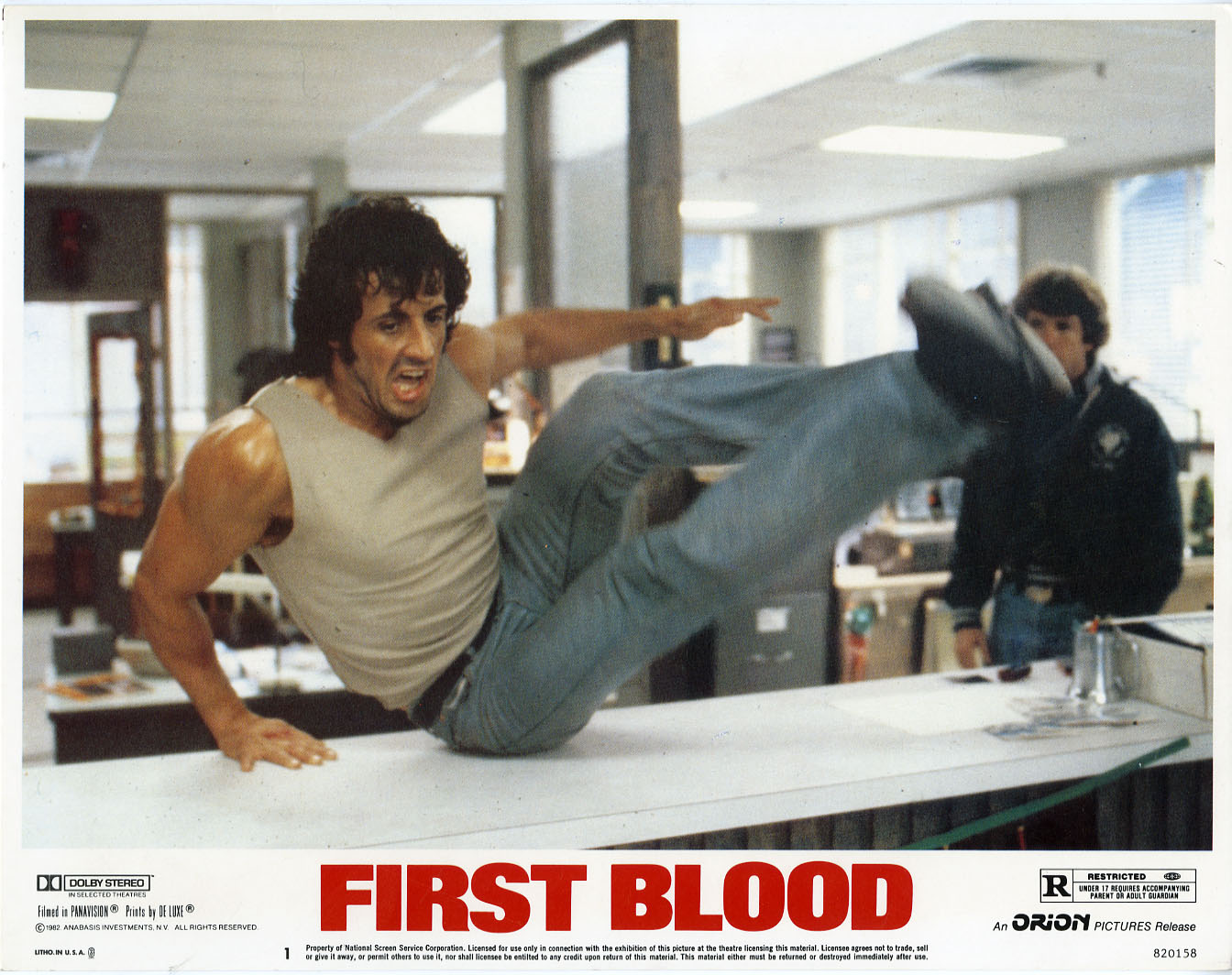 As there is not much to say about the movie this review will be a rather short one. Basically, the film is about an ex-green beret, physically and psychologically marked by Vietnam war, who goes on a GTA-like rampage in and around a small American town after he was mobbed and maltreated by the local police.

The movie is fantastic. I even claim that it is the best 80’s action movie I have seen until now but, to be honest, I had one problem with the movie, or let’s rather say with the main character. I am not sure if it was on purpose or not but I never really felt any sympathy for the reticent anti-hero, John Rambo.

There may be some people who claim that First Blood is an (attempt at an) anti-war movie about an American hero who gets completely lost in the real world after the atrocities he experienced during war. That the traumatized John Rambo actually is the real victim (of the brutalized American war-past) and that his excessive brutality is actually his personal form of dealing with problems, just as he learnt it from war. First Blood then can be seen as a film about a mentally broken hero prisoner of war whose mind is still confined in it and who is not able to handle his traumatizing experiences.

I am not sure if I can agree with the above or if the movie simply is nothing more than a perfect example of a well-staged, brutal and thrilling action movie with great dialogues, lots of explosions, guns and gore. In the end I really don’t give a damn because Rambo is entertaining, a classic which set new standards and if you, just like me, are one of the few people who haven’t seen it, you should do it. Rambo is without question one of the best popcorn movies I have ever seen. A must!