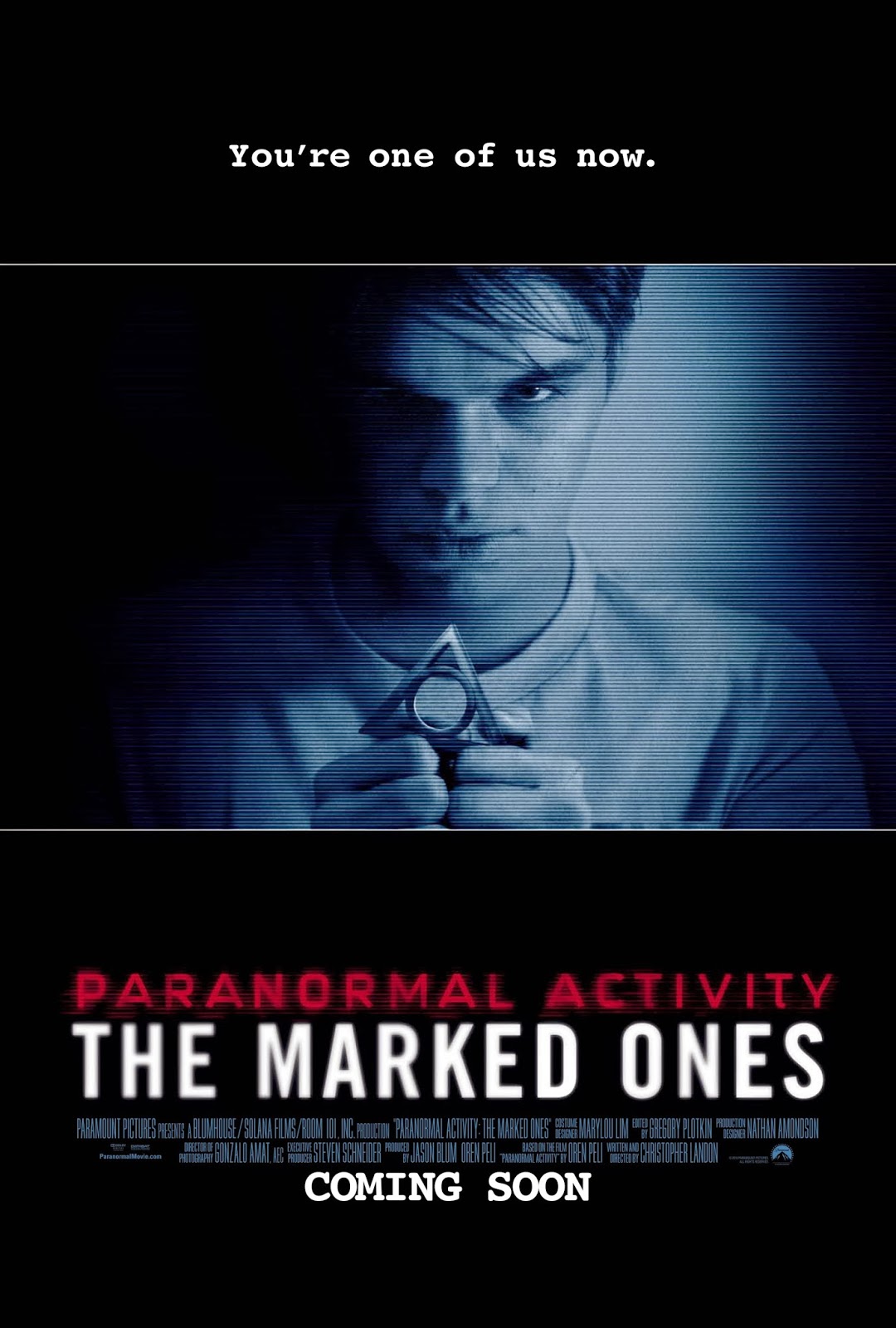 It’s safe to say that the Paranormal Activity franchise went radically downhill after the first film. Given the mediocrity of the second and third instalments I didn’t even bother with the following release, which, according to reviews, turned out to be a wise move. But here they are, still milkin’ it Saw-style, and on a rainy Saturday with nothing to do except lounge around I decided to pass the time with some mindless entertainment and deemed the newly released Paranormal Activity: The Marked Ones by Christopher Landon perfect for the afternoon.

The Marked Ones isn’t technically a sequel (the fifth part of the series is coming out in October), it’s more like a spin-off. It is supposed to solve some of the mysteries surrounding the paranormal forces at work and touches on aspects of the previous PA films, all the while telling a new story.

I expected it to be stale as a corpse, but it is actually much more entertaining than every post-PA1 flick I’ve seen. The storyline centers around two best friends, Jesse and Hector, who are just living for the day and horsing around like teenagers do until Jesse’s weird neighbour dies and spooky occurrences start piling up. The first half of the picture is uncharacteristically humorous. The main characters are likeable goofballs and there are some genuinely funny scenes (minuscule spoiler ahead: the entire audience chuckled when Hector slid down the stairs in a laundry basket with a GoPro attached), which is a change I embrace. The movie feels relatively authentic and not like a big budget Hollywood production in general, and it doesn’t seem to take itself too seriously.

The jump scares are fun and actually made me jump. Admittedly, that’s not exactly a shining accomplishment because I am a huge scaredy cat, but judging from my fellow cinemagoers’ reactions, they do work. Even so, I didn’t find the film all that scary in terms of suspense, but that didn’t strike me as a problem.

My major criticism is that for every question answered, The Marked Ones raises another, presumably to make sure that the machine can continue milking the franchise for every last penny until the end of all existence. Cliffhangers are annoying when the intention of the makers so obviously isn’t to let people reflect on the story on their own, but to make more money off sequels.

Other than that, The Marked Ones is a solid popcorn flick. For me, its strong points are the protagonists and the humour. You don’t necessarily have to have seen PA2, PA3 and PA4 in order to understand and enjoy this one, but I recommend watching PA1 so you’re not missing the key links (and besides, it’s inarguably the best of the bunch and you should totally check it out if you were hiding under a rock and somehow missed it in 2007.)