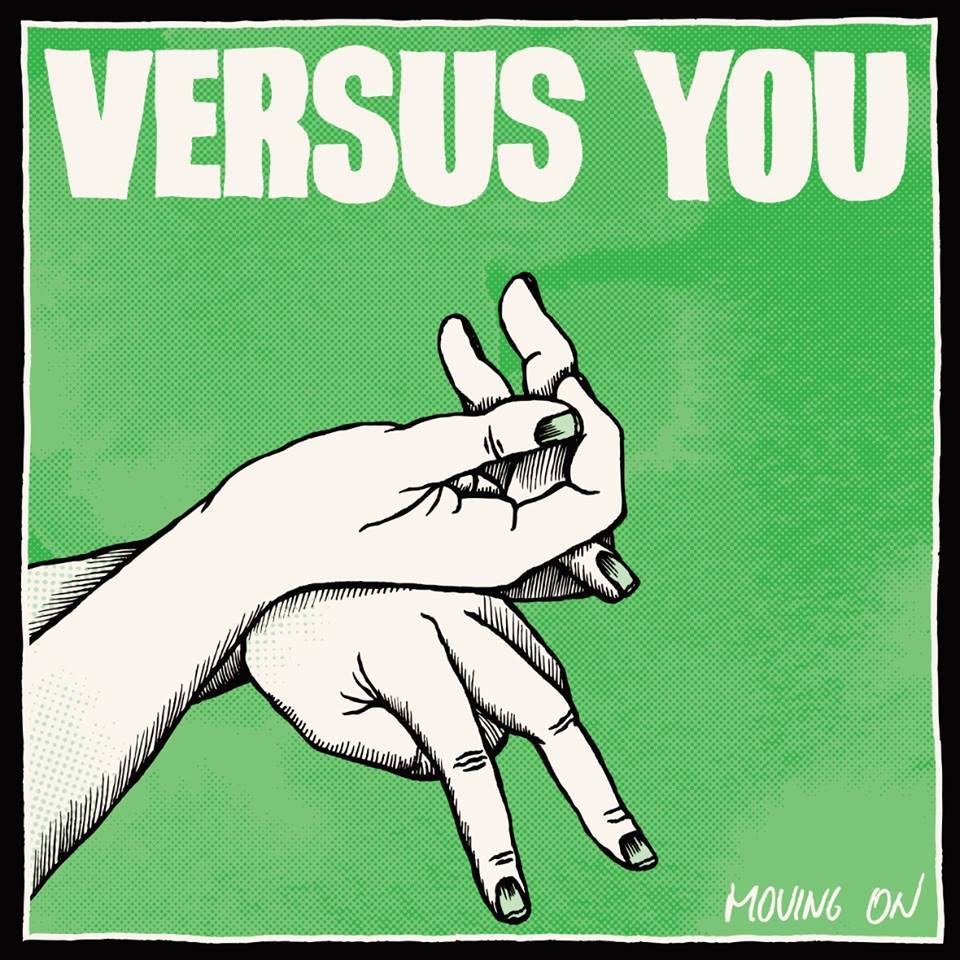 It’s been almost five years, but the arguably most well-known punk band, Versus You, from our small country is back with a new record called Moving On! The title fits exactly, since they have definitely evolved in this past half-decade: while they were always on the pop-punk side of the spectrum, this has become even clearer this time around…and I, for one, absolutely dig it! But let’s get down to business.

While the opener starts off with the almost overdone canon in D major, the rest of the song is a nice example of fast-paced good mood inducing pop punk, at least on the instrumental side. The rest of the twelve songs follows a similar pattern of up-beat and danceable power chords and straight-forward drumming with a multitude of fills. The occasional solo is also thrown in to break things up when necessary, while still keeping the song together…which is always welcome in my book.

Even though the main part of the thirty-one minutes seems to be cast from the same mold, there are two songs that separate themselves from the rest: the closing ballad You Are My Friend and the, simply brilliant, Be Better Than Me which features an acoustic lead melody and the perfectly-fitting female backing vocals by Hannah Smallbone. The thing that strikes me about them is that they provide such a beautiful contrast to the main vocals that makes this piece so catchy.

Earlier I mentioned that the instrumental side is on the happy side of life, but the lyrics in some parts touch on very serious matters, albeit sometimes in a tongue-in-cheek humorous way. A good example of that is the song 30 Pills which tells the story of an HIV-infected guy who has been rejected by society: even though the message itself is quite social-critical, especially the chorus has a ring to it that makes me smile every time I hear it…but then again, I tend to have a twisted sense of humor.

As a closing statement, I’ll stay that I much preferred Moving On to its predecessor since it’s just more in my ballpark of the punk genre. The clean and yet authentic sounding production, I have to say, played a big part in that as much as the generally catchy nature of the tracks. If you want to find out for yourself whether you like it or not and want to spend an enjoyable night, head on over to den Atelier in Luxembourg this Saturday, February 15th, since that’s where the band will have their release show! You can get a first taste below and more information on Facebook!