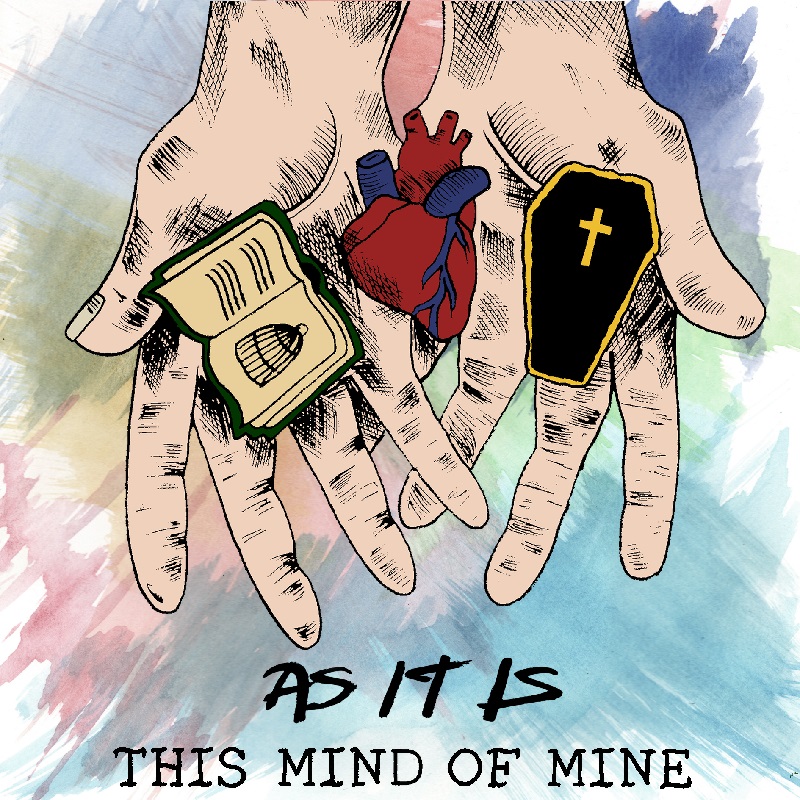 Get ready for some more punk! This time I have the pleasure of writing about the Brighton-based band As It Is, who are releasing their new, fan-funded, EP This Mind Of Mine on March 17th!

The quintet plays pop punk but with a melancholic note to it, so while it’s not super depressive, it’s not too far on the happy side of things either…which is something I appreciate a lot, since it helps the blokes to stand out among the vast amount of other bands in the genre.

The four songs are all composed in a similar vein, but they all have this almost melodic hardcore feel to them in some parts before jumping back on the pop punk train. Instrumentally this might sometimes lead to a bit of confusion the first time you listen to the EP, but it grows on you quite fast.

All throughout the fifteen minutes, the vocals also switch from clean singing to, not aggressive but rather heart-felt, screams, thus enabling immediate understanding and sympathizing with the lyrics. These are, as mentioned earlier, on the bluer side of life and deal, for example, with fear of growing up and issues of self-identification.

While I don’t believe that the guys will change the whole scene with this release, it’s easily noticeable that it’s music that was written with dedication and conviction, so thumbs up from me! There’s not much more I can tell you, to be honest…except that you should give them a listen below and check them out on Facebook.