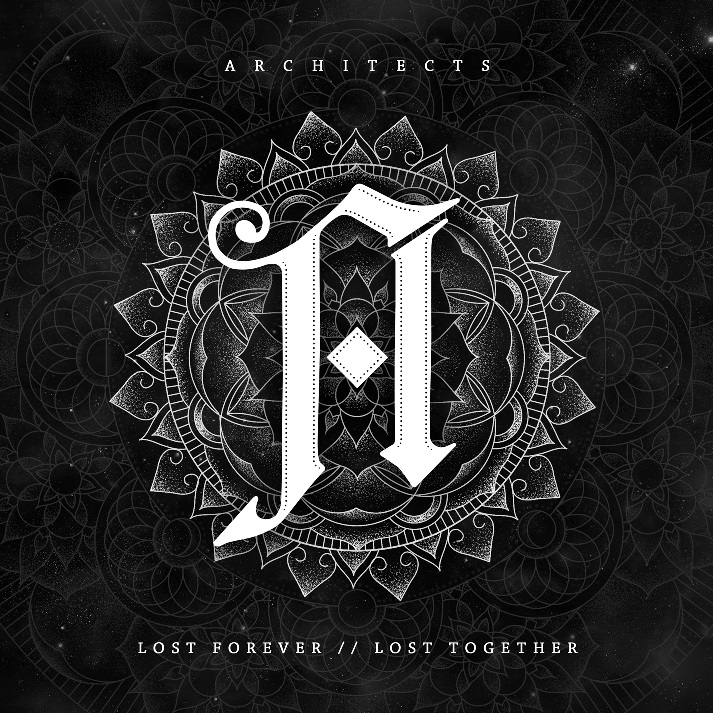 Less than two years after their last record, Daybreaker, the guys from Architects are back with their sixth full-length Lost Forever // Lost Together! Right off the bat, I can say that despite a relentless touring schedule and them shrinking down to a quartet, they managed to record a true return to form.

While the predecessor already distanced itself from the softer fourth endeavor, The Here And Now, the new record almost completely drops that facet of the Brightonians’ sound and delivers an all-around heavy experience with intricate guitar parts and equally mind-blowing drum patterns throughout the eleven songs.

Connoisseurs know, of course, that the origins of Architects lie in mathcore and therefor they shouldn’t be surprised that these structures can be found again this time around…the tuning however is much deeper and almost submits a djent vibe. The production is, as should be for this type of music, glass clear during these forty-four minutes and pounds on your eardrums right where it feels good.

Logically, the vocals are much more scream-based than in the past three years and clean-sung passages are a rarity on LF//LT. However, they are yet again a beautiful display of the vocal capabilities of the frontman, who, by the way, is equally good on stage as in the studio. Lyrically, it’s still very socio-critical with an emphasis on the man in the sky. Last but not least, there are guest vocals on Youth Is Wasted On The Young by Murray Macleod of The Xcerts.

All in all, I would say that Architects managed to expand their old sound while still maintaining the evolution from previous records and will surely please fans and other music enthusiasts with this output. For more information, be sure to check the band’s Facebook page and give the song below a listen!