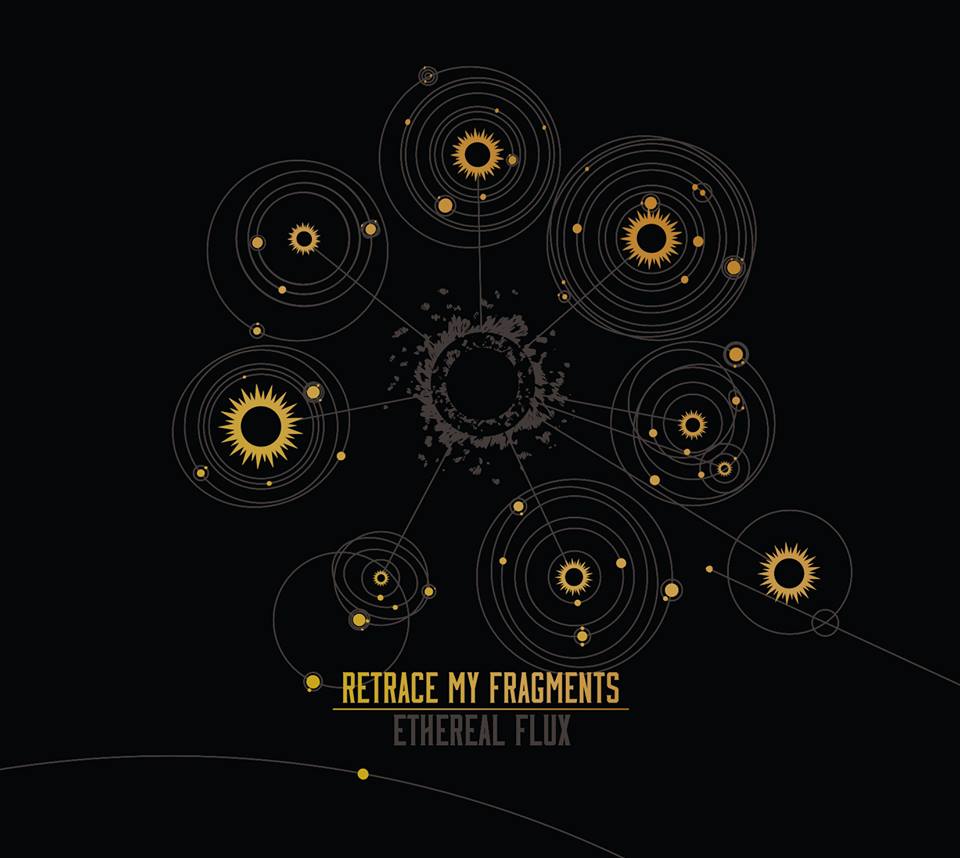 Today I have the pleasure of writing about, without a doubt, one of the most complex albums that I’ve had to deal with it in recent years. This honor is bestowed upon Ethereal Flux by the Luxembourgish band Retrace My Fragments. Their first full length is so loaded with creativity and craziness, of the good kind, that I feel like the next few paragraphs won’t even scratch the surface…but I’ll give it a shot.

The quintet plays progressive death metal, and the guys take both words very seriously: on an instrumental level it’s literally impossible to count the amount of tempo changes, both brutal and melodic riffs and mind-blowing solos…and that’s just the string department. The drums are a never-ending barrage of double bass and blast beats, which are completely unexpectedly broken by groovy parts.

The whole production has a very clean and slightly artificial sound to it; to me that is part of the band’s plan though, since it gives the whole thirteen songs a very spacey-feeling which happens to be the theme of the album, but more about that later. It is also noteworthy that the songs all flow seamlessly into each other and create a complete immersion into the music. However, it also makes it harder to distinguish songs from one another but, again, I think that is part of the idea of making it one entire experience.

The vocals are just as multifaceted as the instrumental parts, with mostly really deep growls, interlaced with screams and occasional clean singing. The latter, I have to admit, could have been a bit more prevalent since I really enjoyed them. As mentioned earlier, the central theme of these sixty minutes is space, which is the setting for a very intricate story that I can only recommend giving a read in the booklet. It is, however, useful if you understand both English and French since the lyrics are in both languages.

One other noteworthy mention is the instrumental interlude Quiescence, which just blew me away…and I’m not even entirely sure why. Something about the melody and interplay of instruments just gives me the chills.

As a closing statement, I’m gonna say that Ethereal Flux is definitely not an album that you will be able to appreciate, or even comprehend, after just one listen-through. It’s so jam-packed with details of every kind that even after ten times, you will still discover new things…and that’s exactly what makes it so special. So, if you are willing to spend time with a record, I can guarantee that you will be rewarded. For more information, be sure to visit the band’s Facebook page and to get an impression of their style be sure to listen to the song below. Last but not least, the band is holding their release party on March 22nd at Rockhal in Esch-Belval, so be sure to move your bum there if you want to be progged.