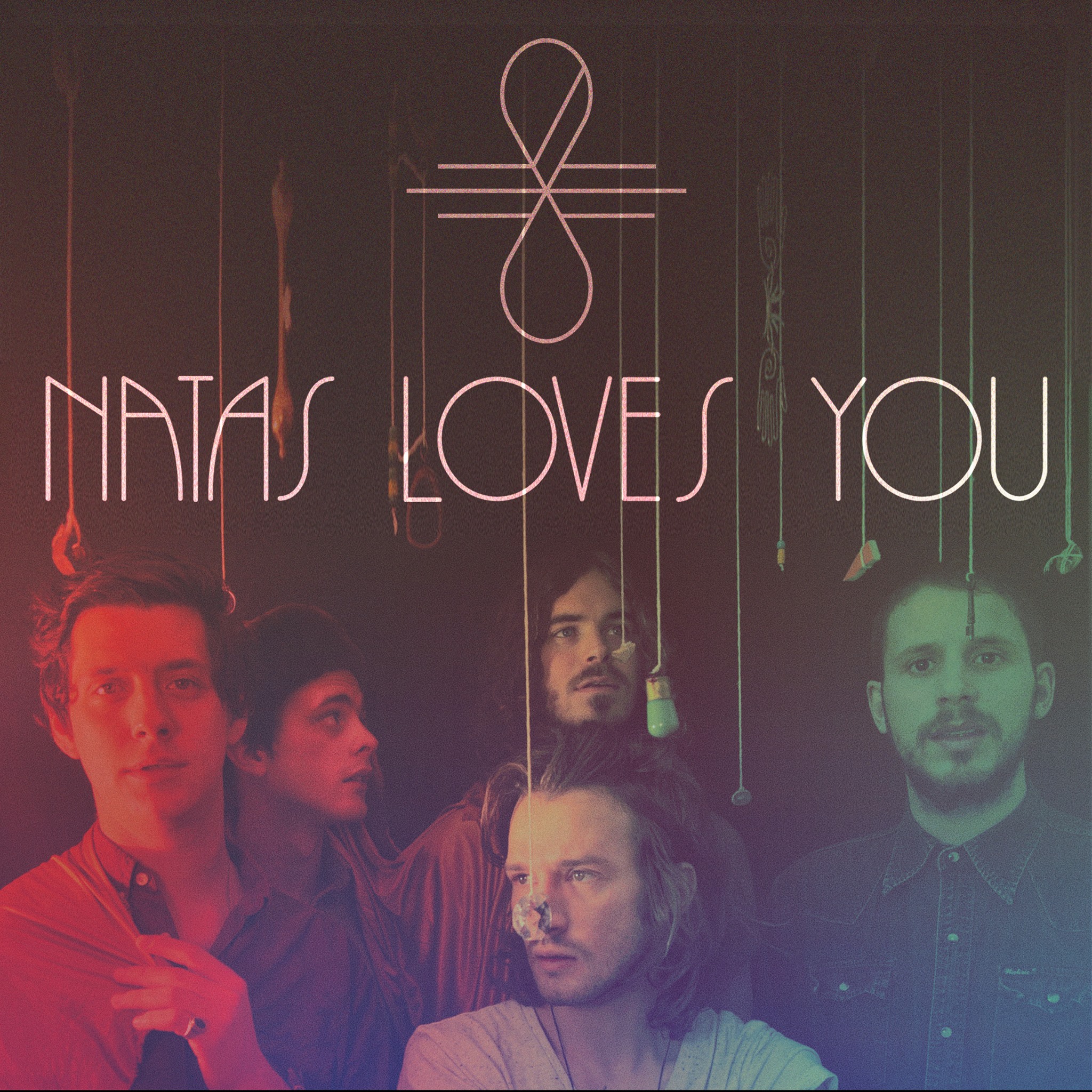 Natas Loves You is a five-man band residing in Paris. Their musical origins go back to Luxembourg, where four of them met and started what would eventually become their most ambitious project. On the 10th of March, the “pop stellaire” collective released their third EP entitled Skip Stones, which marks an important milestone in their promising career.

The opening and title track leaves no question as to what Natas Loves You’s mission is: the quintet wants to make us dance, or at least encourage toe-wiggling in the reluctant dancers among us. The breezy tune sets the mood for the impending summer days and comes with a fun video clip that is reminiscent of Wes Anderson’s The Darjeeling Limited. I would loosely describe their sound as synth-heavy rock with a slight retro flair that they preserved from their early days and that comes out particularly clearly in the remaster of an older song called Scarlett Brown. Zeppelins is another song I remember vividly in its previous version and that I might enjoy even more now that it’s been reshaped into an ocean of groovy psychedelic delight.

Go Or Linger stands out in the small collection as a song with a decidedly pensive streak. It’s still dancehall-worthy, but in an apocalyptic-mood type of way: when played at the right part of the night, it would probably get you in that zone where you pretend to dance your soul out without any inhibitions one last time before the world ends. The highly singalong-friendly lyrics portray a sense of feeling lost that hits home with most millennials. I generally consider the songwriting to be one of the band’s strengths and commend their knack for simple, yet poignant compositions of words.

In conclusion, this release shows that the guys of Natas Loves You have polished their sound to a shiny finish and carved out their own niche along the way. The harmonies, jiggy rhythms and dreamy soundscapes make for good, organic pop music with a distinctive factor that sets the band apart from other indie pop/rock acts currently floating around the musicsphere.

If you enjoy the juicy four-track EP (which is available on iTunes for 2,99 €), you’ll be excited to hear that it’s a teaser for the first full-length Natas release due later this year: The 8th Continent is a concept album produced by Chris Zane, who’s worked with bands like Passion Pit, Holy Ghost!, Friendly Fires and many others. In the meantime, you can keep up with the boys on Facebook and watch the video for Skip Stones below.