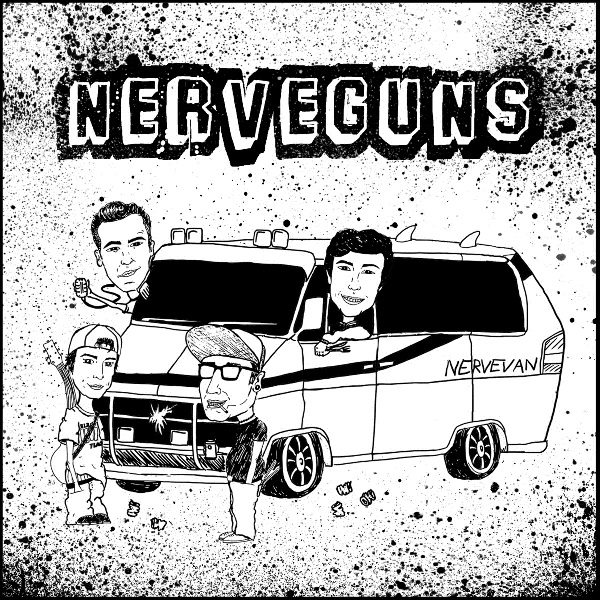 To clear one thing up right away: punk is not dead! Not in the music scene, nor here on El Gore, because today I’m going to whet your appetite for Nerveguns‘ self-titled debut album.

The punk rock quartet hailing from Heinsberg, in Germany, is one of the many bands that do everything to keep the genre alive and I salute them for that. Punk is nowhere near as popular as it used to be but the mentality of friendship and good times is still prevalent in the scene. But enough gobbledygook, onto the record itself!

The ten songs are mostly of the traditional, fast-paced kind with simple but effective chords and basic drumming which focuses on supporting the stringed instruments instead of standing out too much; a concept that has worked in the past and still does in my opinion. A good punk record usually features at least one “ballad” and such is the case on here as well since there are actually two, one of which features a bit of keyboard.

So far so good, but what about the, arguably, carrying piece of a punk ensemble: the vocals? Well, they are not without their flaws but they come across as honest and raw, which is what music should be about in the first place!

To sum things up, I’d say that while Nerveguns won’t change your entire perception of the genre and of life, it’s a fun way to spend thirty minutes on a road trip or at home. So, whether you’re into the genre or not, give the song below a listen and visit the band’s Facebook page.