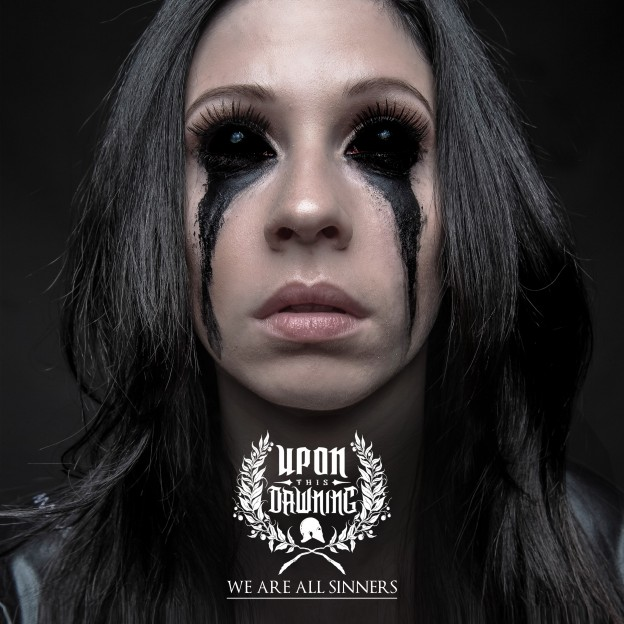 A bit more than a year and a half after their debut album, the Italian metalcore band Upon This Dawning released their follow-up to it last week. Back when I reviewed the predecessor, I said that the band has potential, but still needs to find their sound…and I’m very happy to say that they managed to do so with We Are All Sinners!

The first thing that you notice when you pop in the new record, is that the production has become vastly more massive: every note packs so much more of a punch than before and it’s a true joy to listen to. The second thing that will catch your attention is that the entire ensemble’s, metaphorical, balls have dropped…which means that the guitars are way more down-tuned, the drums are much more aggressive and, most noticeably, the growls have reached an incredible low sound spectrum…but more on that later.

In the opening paragraph I mentioned that the quintet has managed to find their sound, meaning that this sounds a lot more genuine and heartfelt than their previous endeavor, but there aren’t necessarily any new elements to the genre. As a matter of fact, it sounds a lot like Betraying The Martyrs, a French band that I absolutely adore, but the end result doesn’t have to fear the comparison since the eleven tracks have a lot of variety to offer. While the majority is composed of groove-laden songs with a number of seriously heavy breakdowns, there are some surprise songs that have a very interesting industrial vibe to them.

The instrumental front in general has improved quite a lot, both in terms of face-melting brutality but also in terms of entrancing melodic parts. The songwriting is not the only aspect that has reached new heights, however. The one factor that completely blew me away on my first listen-through of these thirty-eight minutes is the fact that the growls are so purely vile and evil now, that it’s simply a pleasure to have your eardrums bombarded with them. The clean vocals have also changed quite a bit, with the arrival of a new singer, and I must say that I prefer them to the old ones, since they are much more diverse and fit the style of the music perfectly.

All in all, I’m glad that Upon This Dawning have, luckily, disproven my initial fears of being a one-album-band and have actually by far surpassed their debut record with this new one. Here’s to hoping that they’ll tour in my general vicinity and that album number three is going to be even more insane. If you are into this kind of music, you absolutely cannot go wrong here…so be sure to check the video below and visit the band’s Facebook page if you like what you hear!