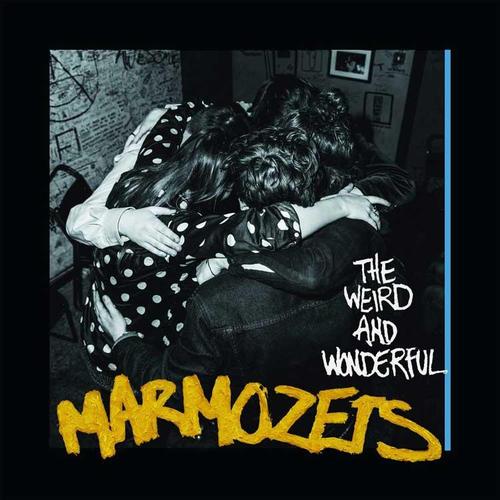 Let me ask you: do you like female-fronted pop punk bands à la Paramore but always felt like there’s that extra little spice that is missing? Seek no longer, because you have just found your perfect sound in Marmozets! The fairly young band from England has just released its debut full-length The Weird And Wonderful Marmozets on September 29th and let me tell you: it’s a pure blast!

The quintet, which is composed of three and two siblings, has been around for a bit more than half a decade but has only recently gained wide-spread attention when they signed to Roadrunner Records. Naturally, with this there is a certain hype attached to them now but this is one of those instances where I can completely acknowledge and confirm that they’re absolutely worth it.

The thirteen tracks all have a very pop-punkey feel to them with beautiful melodies and great hooks, but just when you think you know what’s coming next they will surprise you with a massive groove-laden part or a super heavy riff that will stomp you to the ground while still maintaining a certain “happy” vibe. Naturally, there are also a couple of slower songs but even those stand out with their intense atmosphere.

The singer delivers a breath-taking performance all throughout the forty-five minutes and her vocal range spans beautifully sung clean vocals equally well as screams and a handful of growls. There are also some soulful parts thrown in as well as some naughty-sounding bits, which completes the auditive spectrum perfectly. Beside the brilliant voice, the lyrics are also slightly atypical since they deal with darker topics, as one is used to in this genre, such as alcoholism and similar issues. Definitely a nice change.

To sum things up, what can I say other than: Marmozets are a band to look out for in the future. They have a strong drive, a diverse sound and the necessary skill to execute it all flawlessly. Be sure to check out the song below and visit their Facebook page to keep up with what’s happening around them.