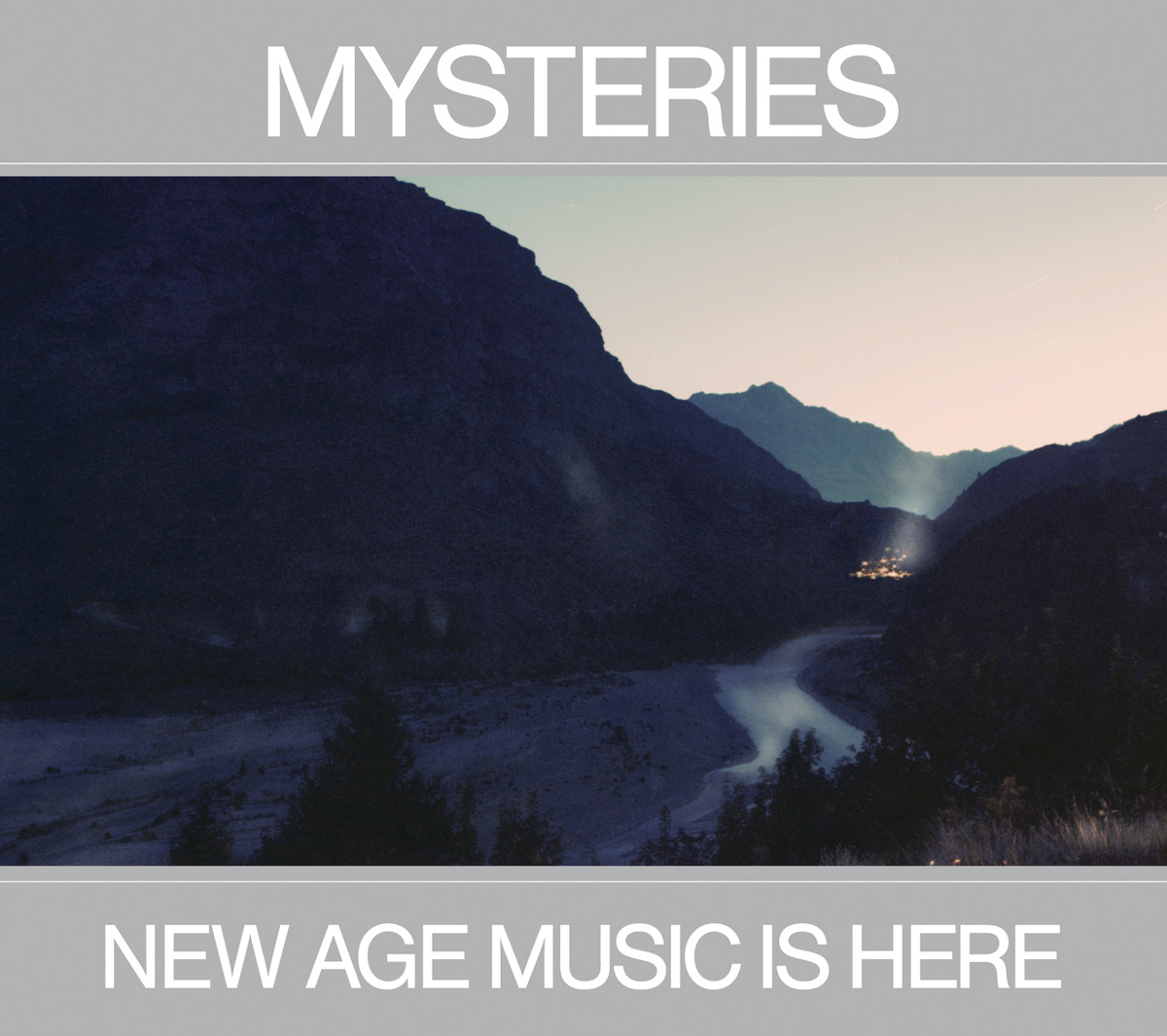 I am back with a review of something quite fundamentally different from what’s been featured in our music department lately! An obscure trio called Mysteries has appeared on my radar and I’m excited to present their upcoming debut New Age Music Is Here today.

As the name suggests, Mysteries have a deliberately enigmatic presence. I can’t work with real names, faces, personal backgrounds and concrete locations in this review, which seems to be part of a concept to let listeners focus on the music without drawing attention to the people making it. I recently read an interview with British indie rockers Alt-J, who apparently wanted to go that same route at the beginning of their career, but had a change of mind when their ever-growing concert audience started cluttering their Google results with unflattering cellphone pictures. So while I find the anonymous approach really refreshing, I feel it’s appropriate to cross my fingers that we will one day be able to put faces to Mysteries, as well.

For now, let’s ignore the mystery and move on to the music. New Age Music Is Here is a little out of my musical comfort zone and it took some serious getting used to the first time round, but boy, has it penetrated my brain since. With its spellbinding mix of industrial, electronic, ambient, post-punk and at times even trip-hop elements, it’s one of the more unique things to hit my eardrums as of late. It sounds like it might be inspired by the Blade Runner soundtrack, and the vocals have a Tears For Fears meets Future Islands vibe, which adds to the intense and dark nature of the album. All of this, coupled with sombre synthesizer keys galore, is a formula at a high risk of veering into cheesy territory (and not always in a charming 80s way), but these guys confidently lay it on thick and make it work with pure skill. They left nothing to chance, as this is an extremely clever, clean and calculated record.

Mysteries‘ carefully crafted ambient pop probably doesn’t hit the mark for everyone, but I encourage the curious sceptics to open up their minds and give it a spin, ’cause it really took me by surprise just how much I ended up loving it. They certainly venture out of the conventional indie box and take risks, and do it so well that I can’t help but tip my proverbial hat to them and spread the word!

New Age Music Is Here is out on the 28th of October on Felte. You can have a sneak listen on Bandcamp or Soundcloud, pay the band a visit on Facebook and pre-order the album on iTunes.