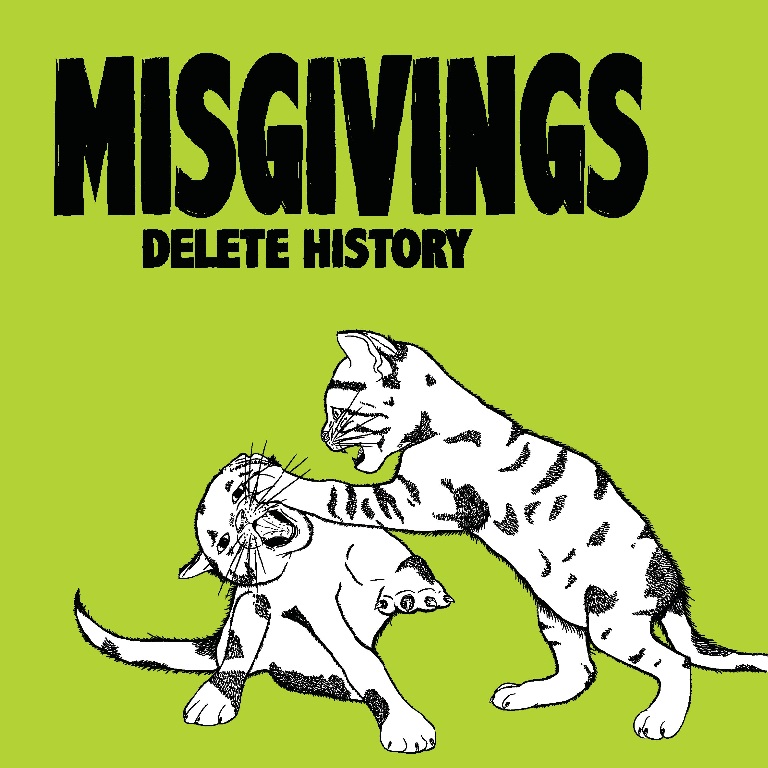 I like honest music, which is why I despise most pop music that is out there with a few exceptions, and when it comes to sonic honesty there’s few genres that come across as genuine as punk. A perfect example for this are Misgivings, from England, who are about to release their debut EP Delete History on November 3rd!

The quartet’s style falls into the general vicinity of melodic punk rock, with mostly fast-paced guitars and matching drumming, and is deliberately held simple yet effective. Instrumentally it’s pretty straight-forward and there aren’t many, if any at all, surprises and that’s fine to me…but more about that later. Out of the six tracks, the last one, Stay Dull, was the one that stood out to me the most since it has this really neat intro and general good mood feel clinging to it due to its sing-along-inviting chorus.

As for the vocals and the lyrics: they are nothing to write home about, to be quite frank. Well-performed but the singer wouldn’t win an award for best voice in the world. Yet again though: I don’t give a damn. They match the music and round off the package quite well.

If you’ve read until here, you’ll probably think that I hated every second of these twenty-one minutes…but even though I hate to disappoint your expectations: nope. Because, as I mentioned in the beginning, Delete History just feels real: no bullshit, no over-complicated arrangements…just music that is heartfelt, made by a couple of friends who like to play their stuff and have fun while doing so. I’m down with that.

So in closing, would I recommend Misgivings to everyone? Probably not. I would say that they’re more of a band that you should discover for yourself, preferably at a random gig because, even though I haven’t had the chance to see them myself yet, I’m quite convinced that they deliver a stunning performance. If you do want to give them a shot in your own four walls, don’t be shy and listen to the song below and go to their Facebook page for more information.