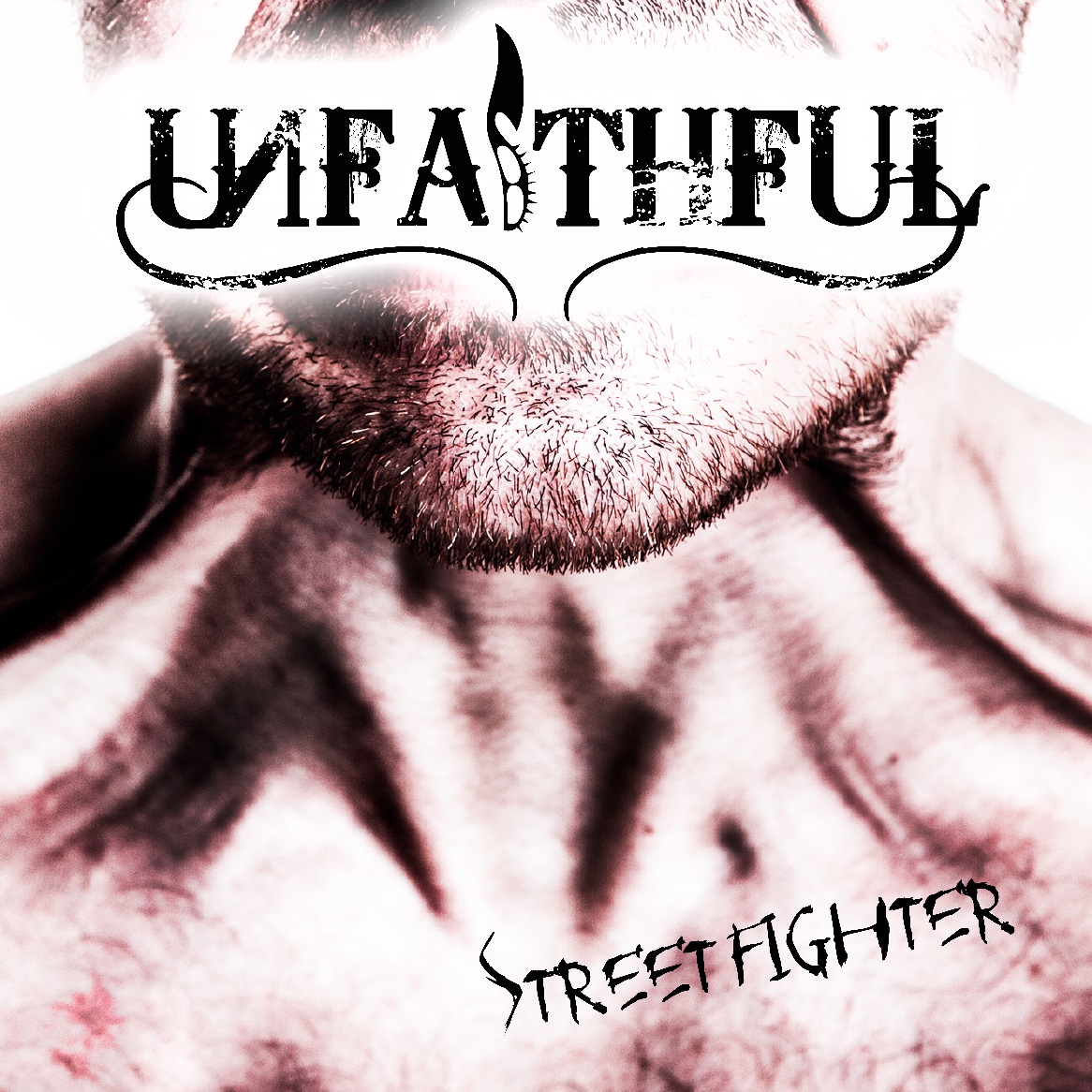 The list of bands that I would have almost missed out on, if I hadn’t kept an open mind, recently grew by one more name: Unfaithful! When I received the promo material for the debut full length Streetfighter of the Swedes, I wasn’t very intrigued by the description but I gave it a shot anyways…and holy shit is it good!

The quartet plays an interesting mix of hardcore elements, tons of groove and a nu metal nuance to it. As I’ve said before, I don’t like making comparisons, but they bare a striking resemblance to Five Finger Death Punch…or at least to their early, and better, times. Crushing riffs and drumming that will pound you into the ground are predominant, but the groove is the band’s almighty secret weapon that always, and I mean every single time it sets in, makes you want to move.

The record features enough variation in order to allow the average listener to differentiate the nine songs without any feeling of déjà-vu, yet it all sounds like an ensemble of brute force. The complexity and variety of the guitar work is highly enjoyable and includes several highlights in the form of solos and quite epic parts. The drumming, as mentioned above, is tight as hell and holds the music together perfectly with a huge spectrum of patterns that guarantee a good time.

Another strong selling point for these thirty-six minutes are hands down the vocals, which are mostly growled screams, for lack of a better word, during the verses. The special touch, however, comes during the (pre-)chorusses in the form of the clean vocals which are flawlessly executed and fit into Unfaithful‘s sound like a moshpit into a good concert. The lyrics deal with all sorts of topics, like drug addiction, bullying and gambling problems and while they do come across as a bit poserish at times, they don’t make you roll your eyes at any point.

All in all, Streetfighter is a record that does everything right and I sincerely hope that it will garner the deserved attention in the international scene, because I’d love to hear more from these guys in the future! It will be out on November 10th, and you can keep up with the band on their Facebook page as well as get an impression of their sound below.