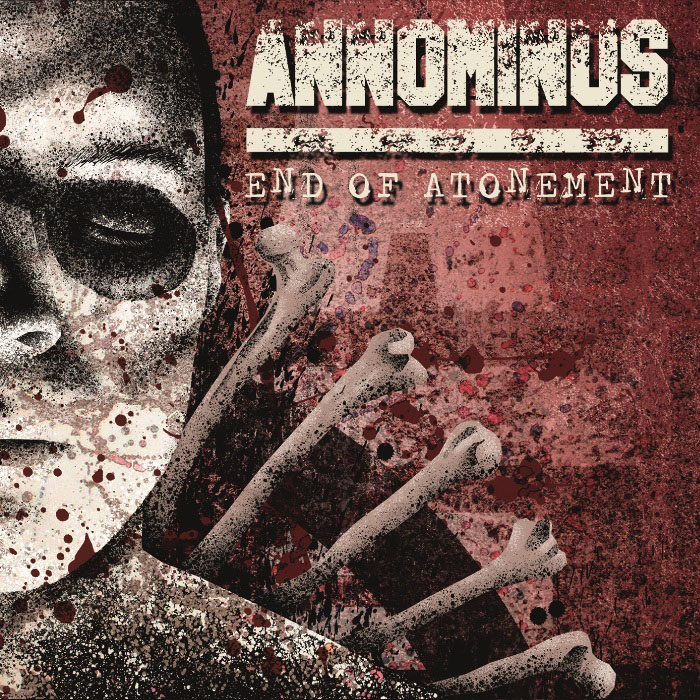 Do you remember the days when Disturbed was original and actually good? I know that it’s been more than a decade ago but those were the great times of nu metal, shortly before its ultimate demise…recently, however, there has been a resurgence of new bands that have taken that presumed dead genre and revitalized it. One of these is the, sadly rather unknown, band Annominus who are about to release their debut album End Of Atonement, which is due on November 17th. Let me give you my impressions of it!

The quintet makes no mystery out of the fact that they are heavily inspired by early 2000ish nu metal and that is the right approach in my opinion, because why try to re-invent the wheel when there’s a forgotten one somewhere that still works perfectly fine? On here you can find everything that you loved about the music back then, including catchy melodic passages, heavy riffs and fast-paced groovy drumming, all fused into one delicious musical potpourri.

During the ten tracks, the Danes also incorporate some slower-paced elements that are akin to, albeit heavy, ballads and present a welcome change to the more common hard-hitting song structures. The songwriting varies between fairly simple and in some places highly technical, yet is super effective at all times. The guitar tone on the other hand is crunchy and rich, thus fitting the genre perfectly, in combination with the not too strongly triggered drums they create an overall highly enjoyable listening experience.

All throughout the forty minute ride that is End Of Atonement, the lead singer displays a great range of vocal diversity, including amazingly melodic cleans, aggressive screams that are occasionally pseudo-rapped and quite powerful growls, even though I have to admit that I’m not exactly sure if those aren’t by the drummer who does backup vocals. Either way, the vocal department is facetious enough to avoid boredom at any point in time.

All in all, I must say that I’ve been positively surprised by Annominus and therefore they have managed to add themselves to my “must-observe-in-the-future” list with their remarkable debut album. You should absolutely give the track below a spin, to get a fairly accurate impression of their sound, and if you like what you’re hearing head on over to their Facebook page to keep up with them until the release of the album!