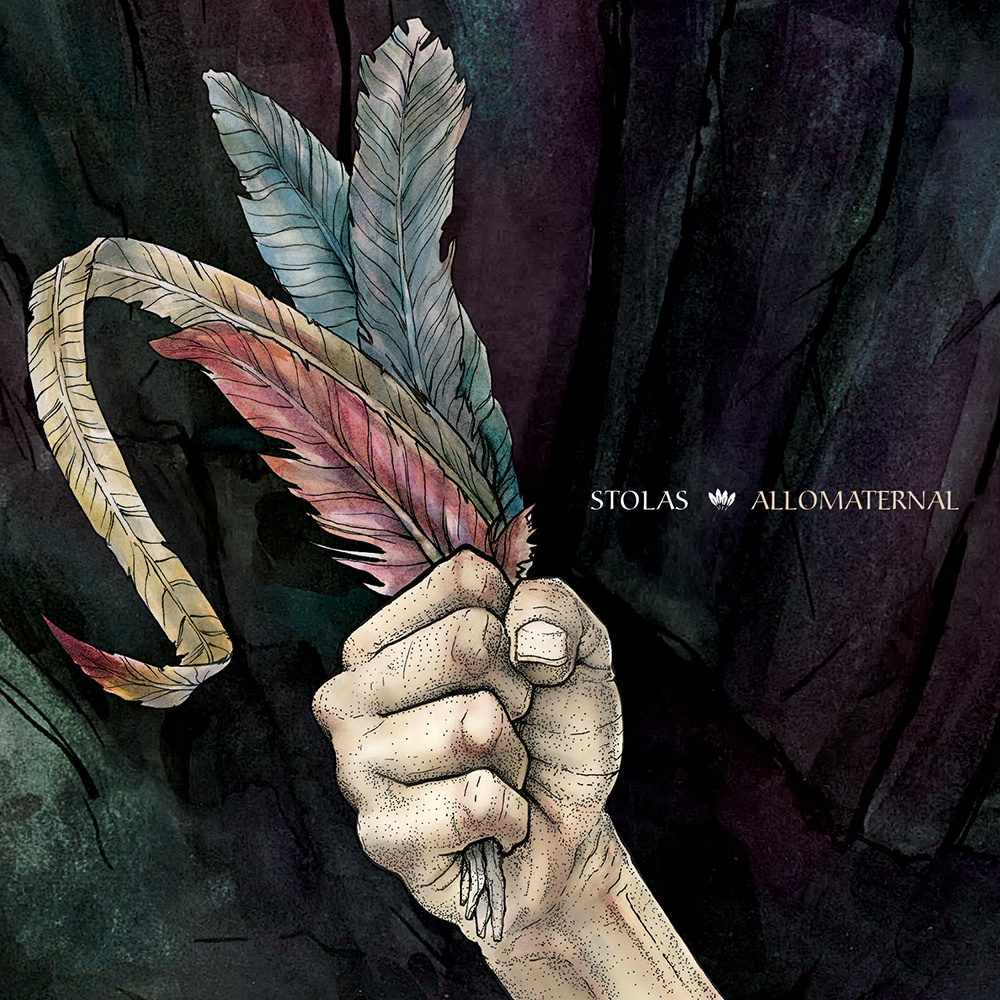 I already teased today’s review in the one I wrote about their labelmates’ latest release, and now it’s finally time to dive into Stolas‘ new full length Allomaternal! The way I’m going to kick off the next few paragraphs is by reiterating the same question as last time: what kind of drug was invented this year, that was apparently distributed among most post-hardcore bands? Because this is yet another truly phenomenal effort in the genre!

One thing right off the bat: the stuff this quartet writes is not for everyone…by far not. It’s truly complex and very chaotic music, so nothing for an easy-listening session on your couch in your slippers with a glass of red wine…actually…that might be the perfect setting for it. But I digress. Saying that the Las Vegians are a talented bunch of musicians would be the under-statement of the year because every single instrument is mastered at a, almost, virtuoso level. The songwriting is equally brilliant, inventive and complex, yet never two inches away from an explosion of audible chaos.

To me, every second of these fifty-one minutes is like walking on a tightrope while being drunk: you never know what’s going to happen and while it lasts, it’s a blast. Beware, however, of falling off because it will hurt…to apply that analogy to Stolas‘ sound: the album is full of dreamy passages filled with beautiful melodies and highly technical drumming, yet the next neckbreaking heavy part is just around the corner and it might explode in your face at any given moment. I absolutely love it. When it comes to skill, the guitars don’t have to hide behind the percussive elements at all, because there are some riffs on here that will, literally, blow your mind.

The vocal diversity on the ten songs is massive, mostly due to the fact that there are three different people covering that duty with one of them being, déjà-vu, the drummer. The best part about this triforce of awesomeness is that, as far as I can tell, at least two of the vocalists both do cleans and screams, which just adds another layer of variety…as if it was necessary in the first place. Another fact that seems to be a recurring theme with swancore bands is that the lyrics don’t follow the usual “oh no she broke my heart, I’m so super sad and angry” formula but actually tell truly interesting stories with a lot of depth to them.

To sum things up: while Allomaternal was a bit more difficult for me to get my head around at first, it revealed itself to me as a fabulous record that has tons of replay value and deserves a high place on every must-have post-hardcore list of 2014! Be sure to convince yourself of the quality of it below and if you like what you hear, head over their Facebook page! Long live the almighty swan!